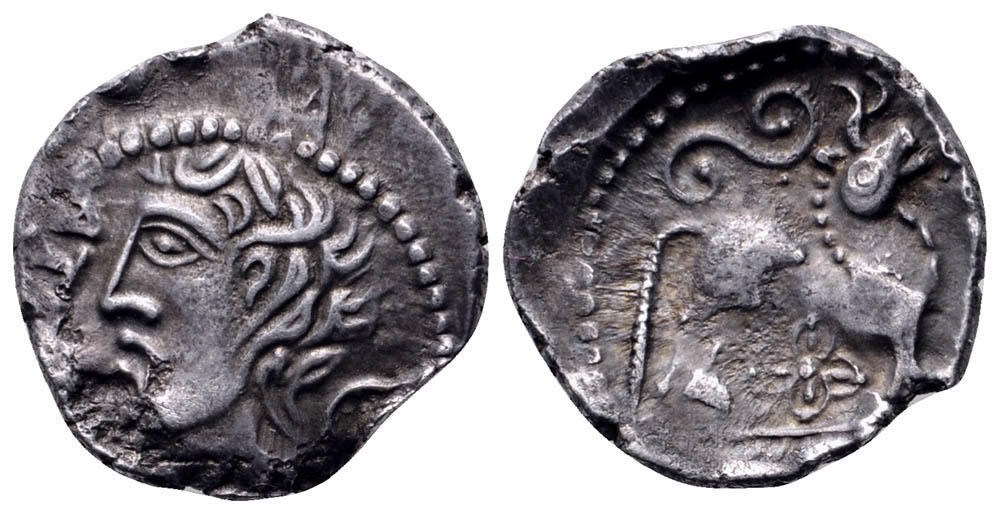 Found over a large part of northern France, southern Belgium, and western Switzerland and Germany the issuing authority has been much debated. Often found in connection with Roman military camps, they perhaps played a part in the payment of local auxiliary forces, a theory strengthened by the presence of the female bust on the obverse who surely must be Victory.
Question about this auction? Contact Roma Numismatics Ltd
Next lot »