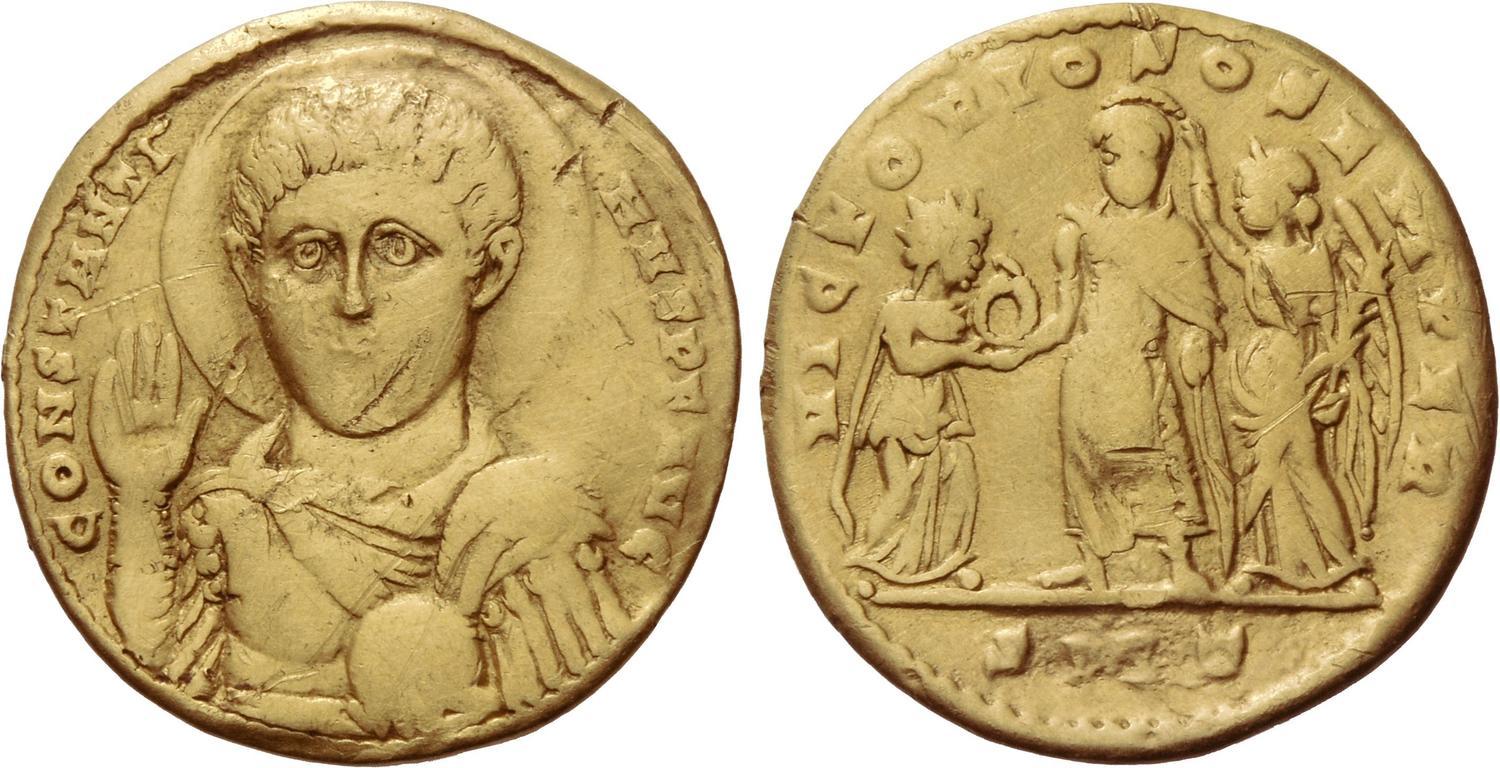 While this solidus issue is dated to the period from July to the end of A.D. 316, the reverse legend, which describes Constantine as VICTORIOSO SEMPER ("always victorious"), might associate it with a donative distributed following the Battle of Cibalae, which took place between Constantine and his eastern colleague, Licinius, on 8 October A.D. 316. Although the two Augusti had made a marriage alliance in A.D. 313, their relationship deteriorated once the threat of Licinius' rival, Maximinus, was removed. A plot against Constantine that involved Bassianus, and his brother, Senecio, a high official in the service of Licinius provided the casus belli. Bassianus was executed, but when Constantine demanded that Senecio be handed over to him, Licinius refused. Constantine responded by invading Licinius' territory in Pannonia with an army of 20,000 men. Licinius met him at Cibalae with a much larger force, but after a full day of fighting, a final cavalry charge by Constantine won the battle. Licinius reportedly lost almost half his army in the struggle and was forced to flee.
The remarkable nimbate facing portrait type represents a novelty for the coinage of Constantine. A similar portrait type was introduced wearing consular robes for issues celebrating his decennalia (10-year anniversary of his reign) in A.D. 315-early 316, but here the emperor is cuirassed in accord with the reverse legend advertising his military victories. It should be noted that although the nimbus became a means of marking out saints in Christian art, the use of this attribute here should not be connected to Constantine's growing favor towards Christians. Despite the tradition of Constantine's conversion before the Battle of the Milvian Bridge in A.D. 313, when this solidus was struck the emperor was still issuing coins that honored Sol Invictus as his patron (e.g. RIC VII Ticinum 56 and 61). Therefore, the nimbus here should be understood as a visual sign of Constantine's godlike power as emperor following an iconographic tradition that can be traced back to coins of Antoninus Pius (139-161; cf. RIC 765).
There has been some disagreement over the identity of the turreted female figure offering the wreath to Constantine. Some scholars have seen her as the generic personification of a Roman city (perhaps Ticinum here?) or as Res Publica, the personification of the Roman state. The latter view seems most attractive in light of the medallions of Magnentius (A.D. 350-353; cf. Gnecchi 1) with the legend LIBERATOR REI PVBLICAE and featuring a similar turreted female figure bowing before the mounted usurper.