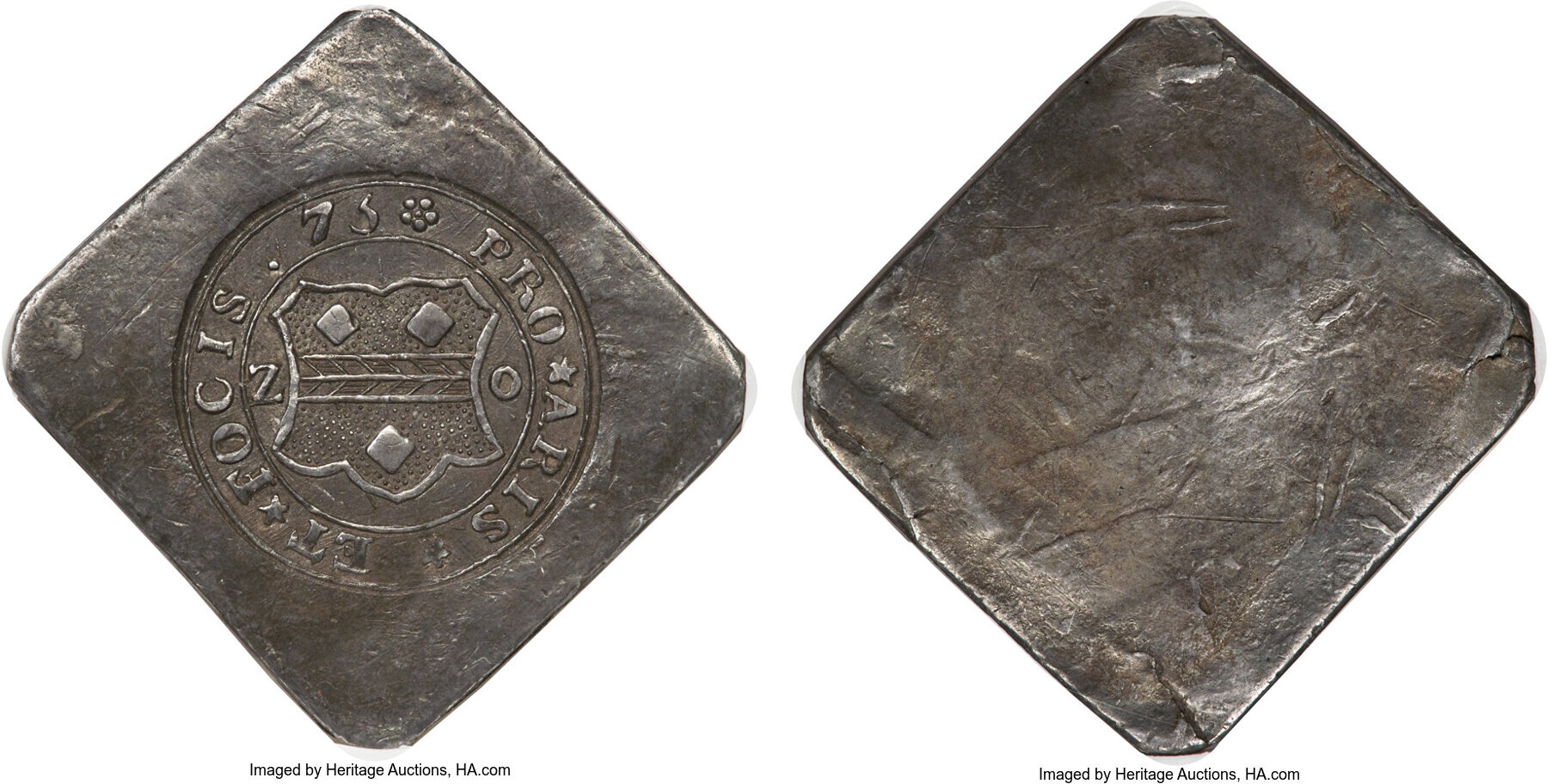 Watch List notes:
Click to save a note
Netherlands
Woerden. City tin Uniface Siege Klippe 20 Stuivers 1575 AU58 NGC, Vanhoudt-481 var. (design), PW-Wo02 var. (same), CNM-2.47.9. 20.39gm. Remarkably well-preserved for the often corroded nature of this tin emergency coinage, the stamp itself cut in incredibly fine style and well-centered on the flan. Perhaps of even finer quality than the example plated by van der Wis and Passon, and certainly among the nicest to have come to auction. The Spanish siege of Woerden under Gilles van Berlaymont lasted a little less than a year between 1575 and 1576, before the army was called to deal with a mutiny in Flanders. Though the Dutch did not long hold the city, the siege was also host to the legendary Wonder van Woerden, when pike from the local river reportedly offered themselves up to the citizens for sustenance.