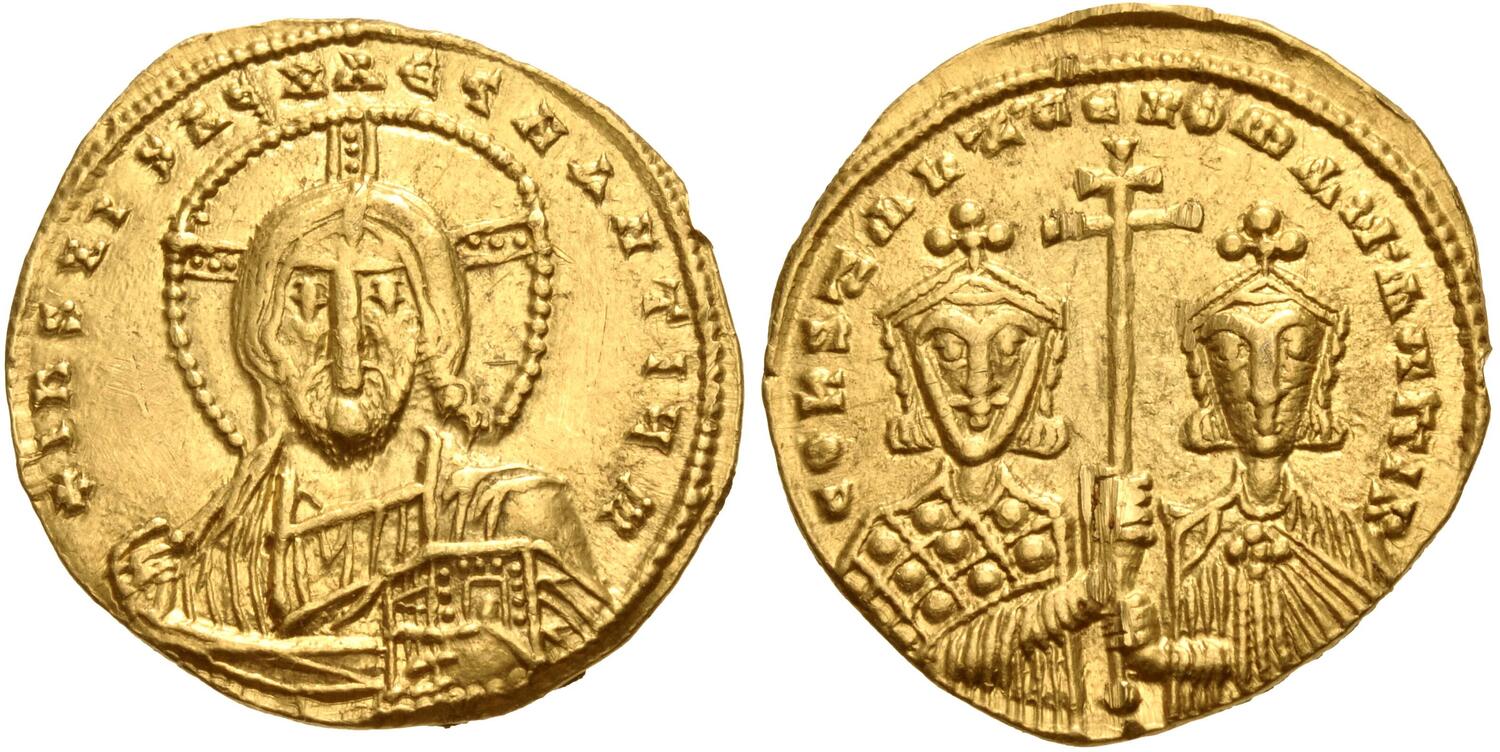 The son of Leo VI the Wise, Constantine VII Porphyrogenitus ("purple-born") reigned for nearly half a century, although he held actual power for the last quarter of that span. As a child he was under the regency of his mother Zoe and the Patriarch Nicholas. A crisis occasioned by war with Bulgaria in AD 920 brought the capable admiral Romanus I to the throne as co-emperor. Romanus proceeded to advance his own sons in the succession, keeping Constantine in the background. But Constantine learned much during his long apprenticeship and, in, AD 944, he cannily managed a palace coup that deposed Romanus and his sons, leaving Constantine as sole ruler. In 950 he raised his son Romanus II to the rank of co-ruler; both are seen on the reverse of this gold solidus. By nature a scholar, Constantine wrote several treatises and guidebooks on government that survive to this day. Learning, art and literature throve, and the Macedonian Renaissance gained strength under his firm and conscientious rule.
Question about this auction? Contact Classical Numismatic Group, LLC
« Previous lot    Next lot »