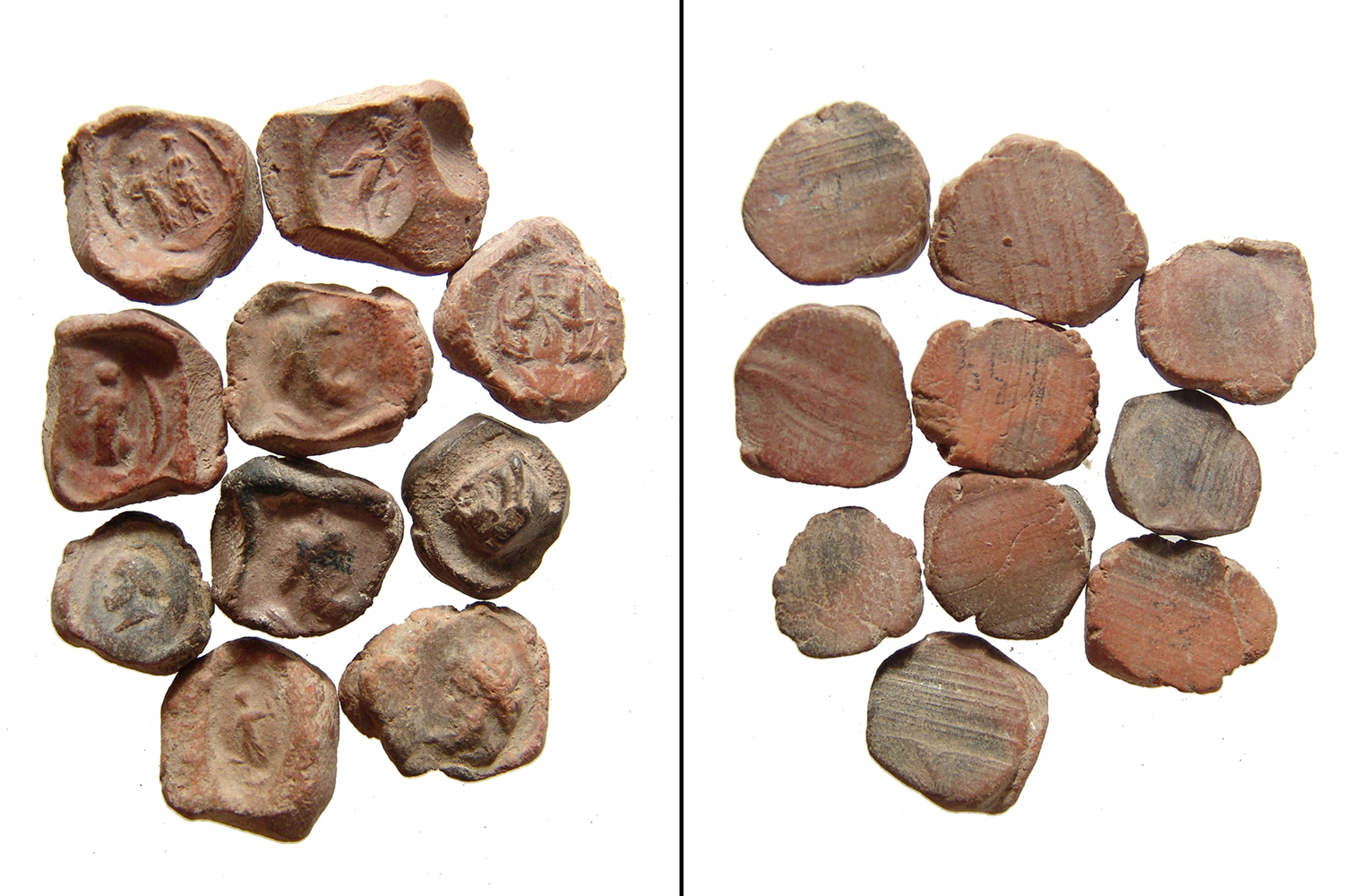 Watch List notes:
Click to save a note
A group of 10 terracotta bullae, Roman, early - mid-3rd Century A.D. An interesting group, all fired hard, probably from a fire in one of the eastern cities that was razed by the Sasanian king Shapur II. Busts of Gods and goddess are represented and also deities shown seated and standing, each an impression from a ring stone, the opposite side often carrying the grooves from a scroll, box or similar, burned away in the fire. Largest 23 x 19mm. A neat study group and examples of Roman administrative tools. Ex Royal Athena Galleries, New York. Est. Value $100 - $150.
Question about this auction? Contact Agora Auctions, Inc.
« Previous lot    Next lot »