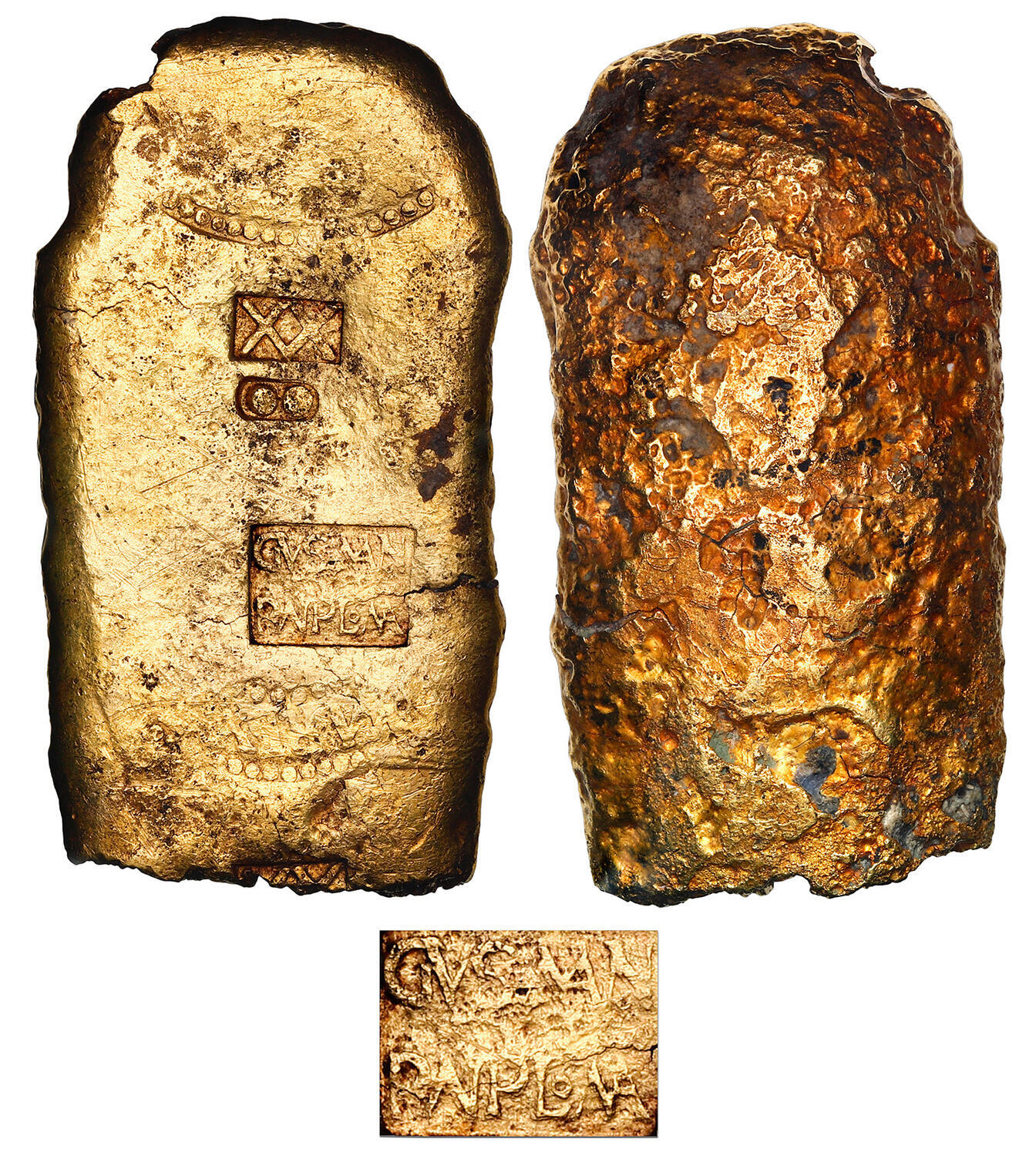 Watch List notes:
Click to save a note
Colombian gold bar segment, 388.3 grams, with markings of assayer/foundry GVSMAN / PAMPLONA, fineness XX: (20.5K), and tax stamps, ex-Atocha (1622).2-3/4" x 1-1/2" x 5/8".A rectangular, crude-cut end-piece of a very wide bar (one end round and uncut, containing a typical cylindrical assayer's "bite"), with bubbly bottom harboring encrustation but smooth top showing bold fineness stamp (raised XX in one box and two dots in another) and full cartouche showing monograms for assayer Guzman above foundry Pamplona, a well-known gold-producing area in North Santander, Colombia, whose Caja Real (royal treasury office) was founded in 1617, not long before this bar was lost. That might explain the rarity of this marking (missing in the book Spanish Treasure Bars, by Craig and Richards [2003]) among the gold bars of the 1622 Fleet, in contrast with the relatively abundant "EN RADA" and "SARGOSA" specimens (see next lot). The other half of the cartouche, GVSMAN, evidently refers to an assayer named Guzman (a very common surname) in Pamplona, who may or may not have been related to an important Atocha passenger with the same last name. In any case, Colombian gold bars like this and the next two lots traveled from their various foundries to Cartagena, where they were loaded directly onto the Atocha for shipment to Spain.From the Atocha (1622), with Fisher photo-certificate #GB-48, and letters from a previous owner describing his (unconfirmed) attribution to Diego de Guzman, who was a magistrate in Cuzco, Peru, and perished as a passenger on the Atocha.
($35000-70000)
Question about this auction? Contact Daniel Frank Sedwick, LLC
« Previous lot    Next lot »