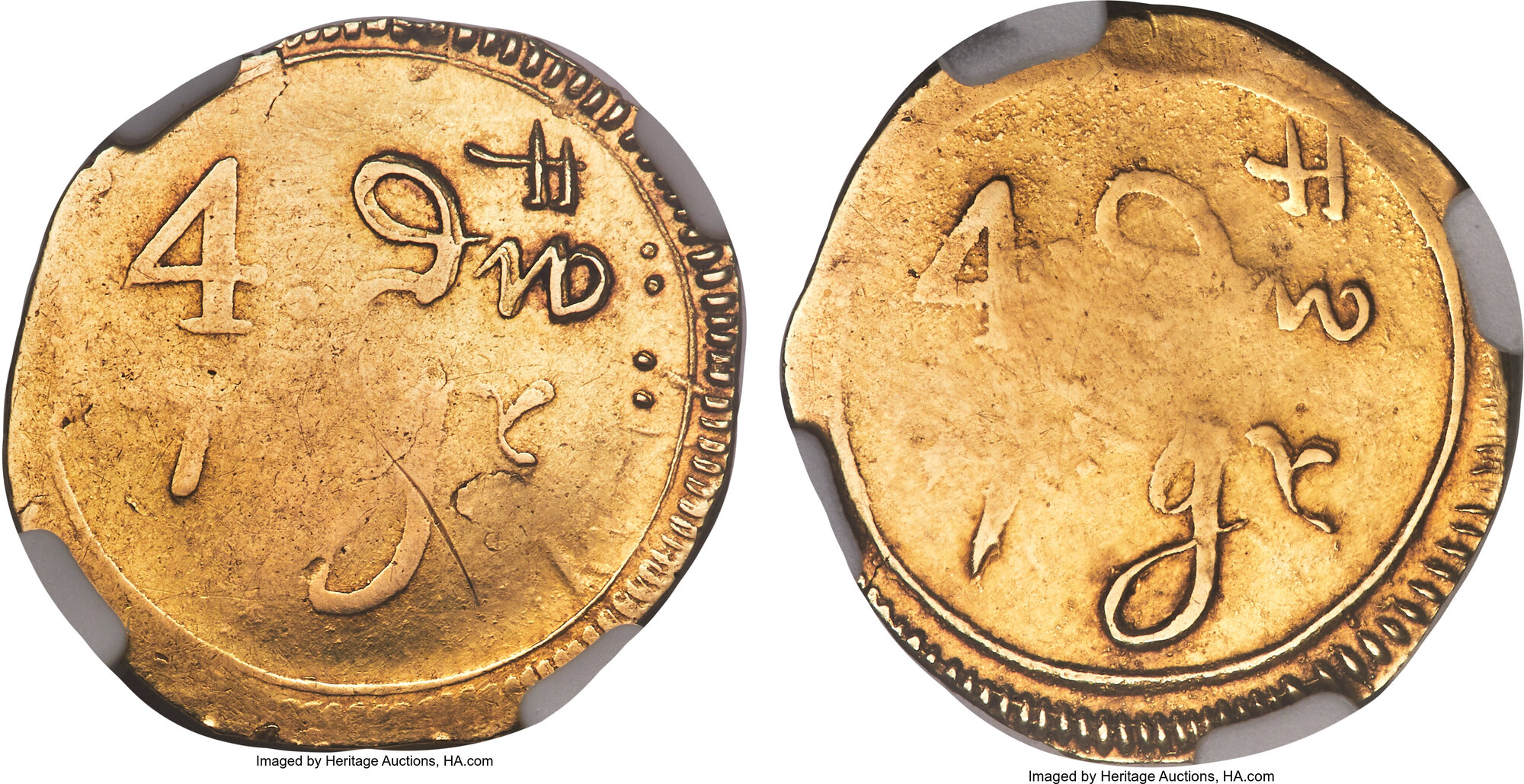 Watch List notes:
Click to save a note
Ireland
Charles I gold "Ormonde" Pistole ND (1646) XF45 NGC, KM67 (Rare), Fr-2 (Very Rare), S-6552, D&F-269, Seaby/Brady-P.3. 6.62gm. An exquisite relic of the Wars of the Three Kingdoms, and the undisputed key to the whole of the Irish series, the gold "pistoles" commissioned by James Butler, Duke of Ormonde are among the most peculiar and intriguing issues produced on the island, standing as its first gold coinage. Minted under Warrant on 29 July 1646 by Peter Vaneyndhoven and Gilbert Tongues, these "pledges" represented an attempt by the Duke to secure an urgently needed supply of specie to pay the royalist garrison stationed in Dublin, which had already exhausted the supply of silver plate taken in for the earlier silver issues around the time of the Great Irish Rebellion. Being comprised of both English-born citizens and Irish-born descendants of Anglo-Norman stock, the Dublin garrison contained a considerable element of men who, it was feared, might declare for the Protestant English Parliament or defect to the Catholic Irish Confederacy, both of which spelled disaster among the supporters of King Charles I during the tenuous years of the English Civil War.

Although quite clever in their inception for being framed as "pledges" rather than coins struck in lower purity gold than they stated--a fact which both allowed them to circulate alongside contemporary "pistoles" (Spanish Escudos and French Louis d'Or) at par, while keeping expert traders from shipping them abroad--remarkably few specimens have survived down to the present day. It is believed that today only 12 examples remain extant: seven in the National Museum of Ireland, one in the Ulster Museum, one in the holdings of the American Numismatic Society, the Lucien LaRiviere specimen (Spink Auction 6028, February 2006, Lot 137; also ex. Gerard Brady Collection [Whyte's Auction April 2000, Lot 248; Bridgewater House Collection [Sotheby's June 1972, Lot 551]), the Dr. Lawrence Adams specimen (CNG Triton XIX, January 2016, Lot 2751; believed to be from the Carruthers Collection [c. 19th century]), and the present piece, of which the latter two are likely the only remaining in private hands. As such, we can hardly stress the importance of the current offering enough to enthusiasts of the series, who will know full well that the coin at hand represents one of the only attainable gold emissions of the series (both of the two known Double Pistoles residing in institutional collections).