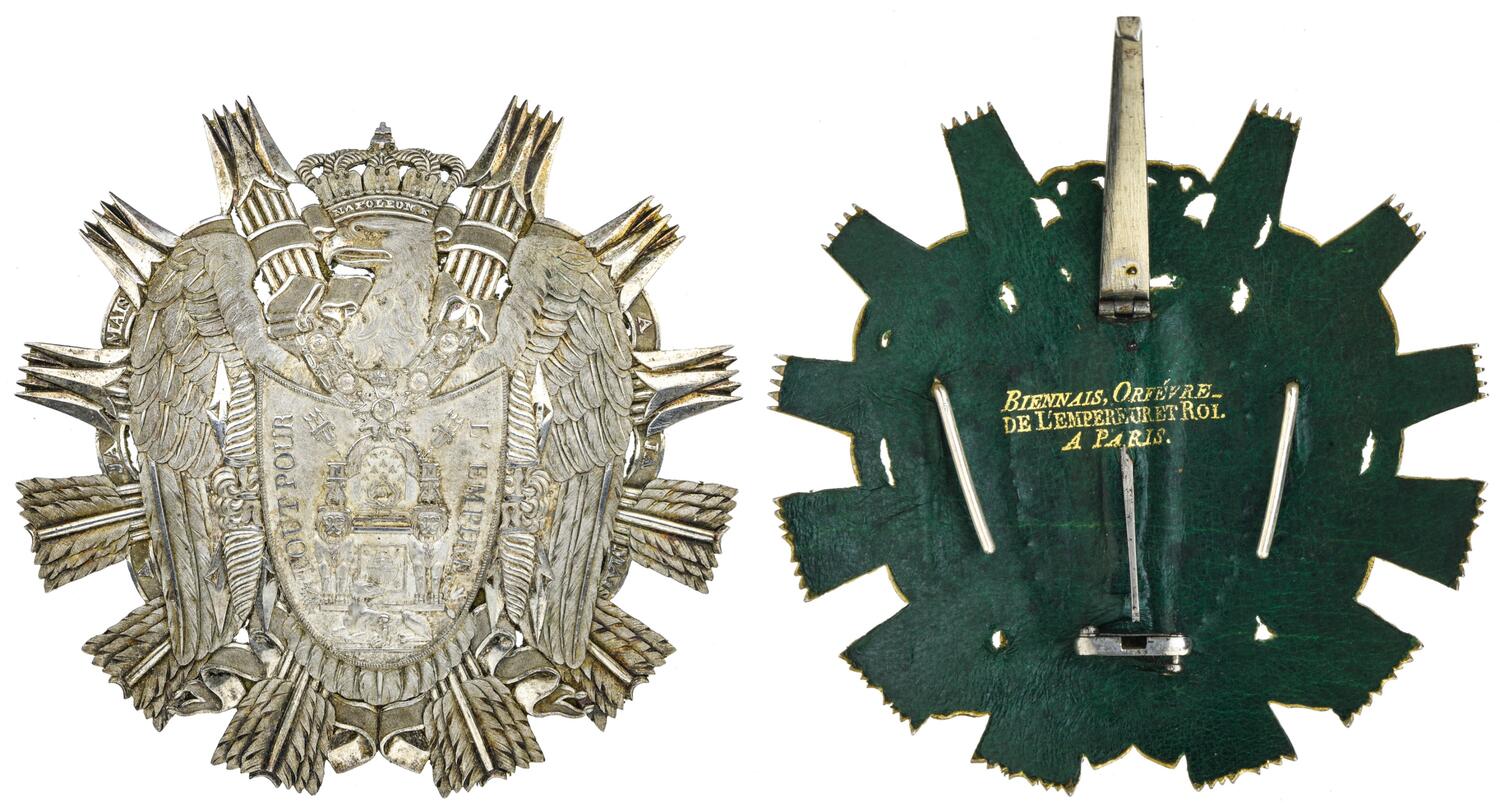 Order instituted by Napoleon Ist on the 18th of October 1811 to award services in public administration, in magistracy and in the army, throughout the Empire. For the sake of equality but also in order to replace abolished foreign orders, this new order was intended to encourage people unity under the protection of the imperial eagle.
The word Reunion refers to the unification of different departments of the Empire including Holland, hanseatic cities, Rome and Tuscany.
It was the second most important order of the empire after the Legion of Honour. Originally, the order should have included 200 Grand cross, 1000 Commanders and 10 000 Knights. By March 31st 1814, there were 1622 recipients including 614 foreigners, as follows: 1364 Knights, 127 Commanders and 131 Grand cross.
The order was abolished by royal order on 28th of July 1815.