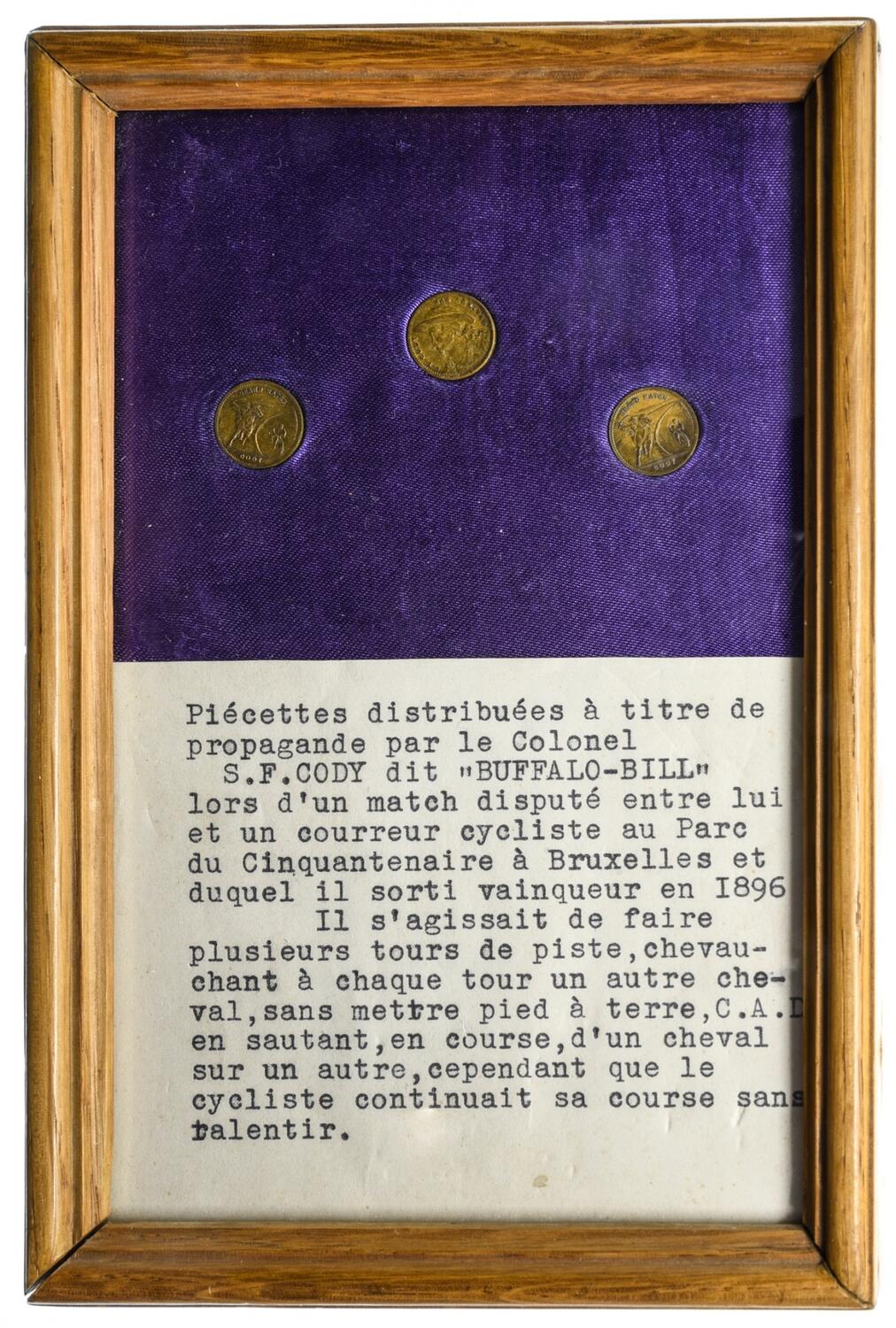 Jetons given by Colonel S.F. Cody aka 'Buffalo Bill' during a match between him and a cyclist in the Parc du Cinquantenaire in Brussels in 1896. He won the race. The race consisted of Buffalo Bill riding a different horse per round, without putting a foot on the ground and jumping from one horse to the other while the cyclist kept its pace.
Framed, extremely fine. (lot)