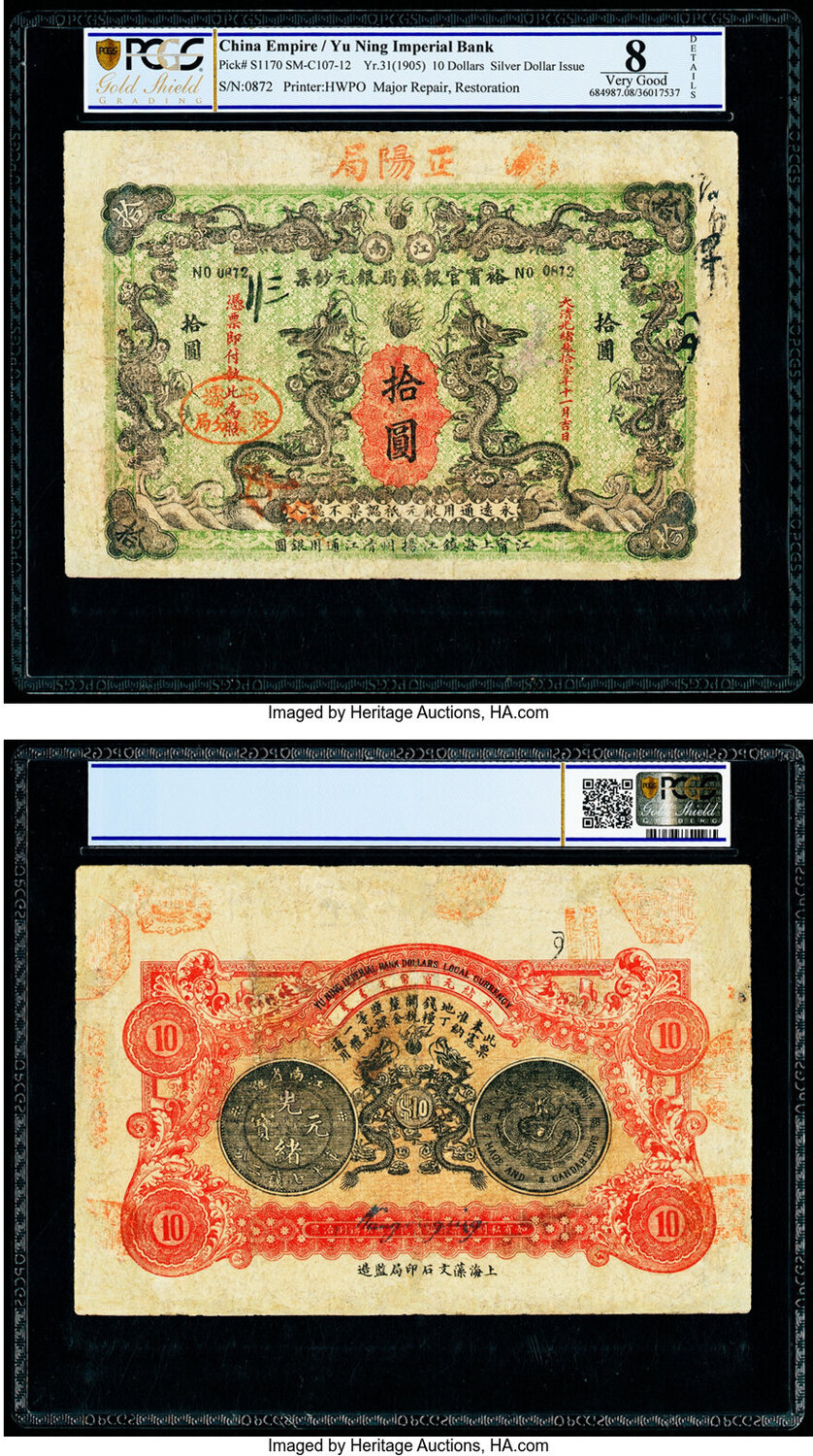 Watch List notes:
Click to save a note
World Currency
China Kiang-Nan Yu-Ning Government Bank 10 Silver Dollars 1905 Pick S1170 PCGS Gold Shield Very Good 8 Details. Regional government issues under the late Qing Dynasty are rare, with this highest denomination silver convertible note bordering on the "impossible." At the time of cataloging, this is the first of its type to be offered in a public, traceable auction. Although the Kiangnan Region (Jiangnan, as it is known today) has always been famed for its foreign trade, most of its Imperial Era banknotes have disappeared, or have been converted to silver coinage which was likely to be preferable to traders. It is presumed that this note was issued in the areas along the East China Sea, north of Taiwan and south of Shanghai. Additionally, the lifespan of this 1905 note was probably short, as a 1907 series of silver notes was also created and issued. Extensive repairs and restorations were masterfully executed to preserve this rarity. Almost all details are clearly visible, including both serial numbers and relevant texts. The large format copper exchangeable notes appear from time to time, but not the silver notes. This impressive note represents an important opportunity as the first $10 to be offered publicly. Expect high interest in this piece. https://currency.ha.com/itm/world-currency/china-kiang-nan-yu-ning-government-bank-10-silver-dollars-1905-pick-s1170-pcgs-gold-shield-very-good-8/a/4030-26258.s?type=CoinArchivesCurrency4030 HID08706262019 © 2020 Heritage Auctions | All Rights Reserved