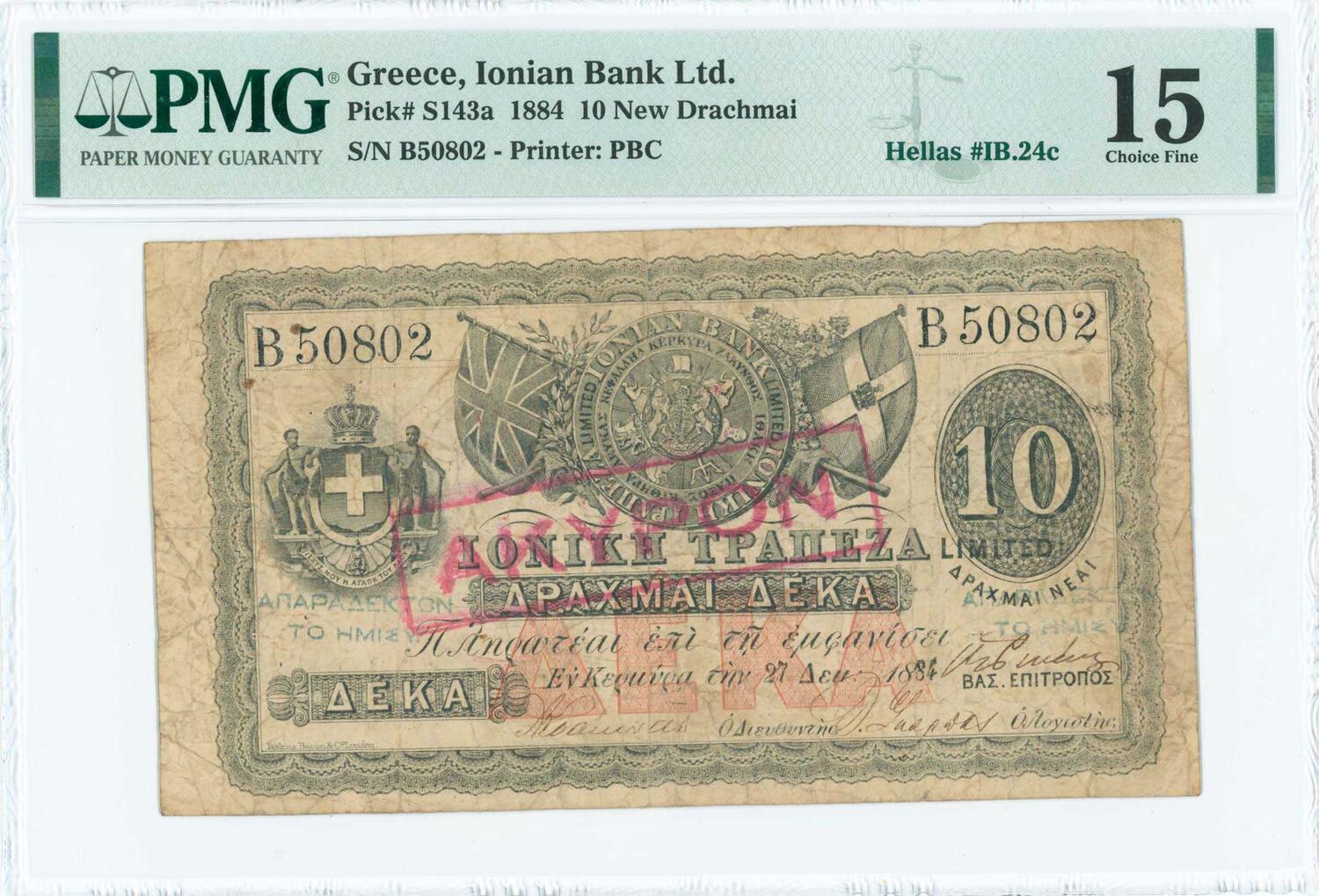 10 New Drachmas (27.12.1884) in black with Coat of Arms of Ionian Bank with the British Flag and the flag of the United States of Ionian Islands at upper center, Coat of Arms of King George I at left and value at right. S/N: "B50802". Black ovpt "LIMITED" at right, Royal Commissioners signature at bottom right and cachets "ΑΚΥΡΟΝ" on face and back. Four cachets "ΑΠΑΡΑΔΕΚΤΟΝ ΤΟ ΗΜΙΣΥ" (=Not acceptable the half) were placed under the Law "ΒΥΞΑ" (=1897) according to which these banknotes were not allowed to be bisected and be used. Printed by Perkins, Bacon & Co. Inside holder by PMG "Choice Fine 15 - Stamp Cancelled". Unique graded. (Hellas IB.24c) & (Pick S143a). Extremely Rare!

Question about this auction? Contact A. Karamitsos
« Previous lot    Next lot »