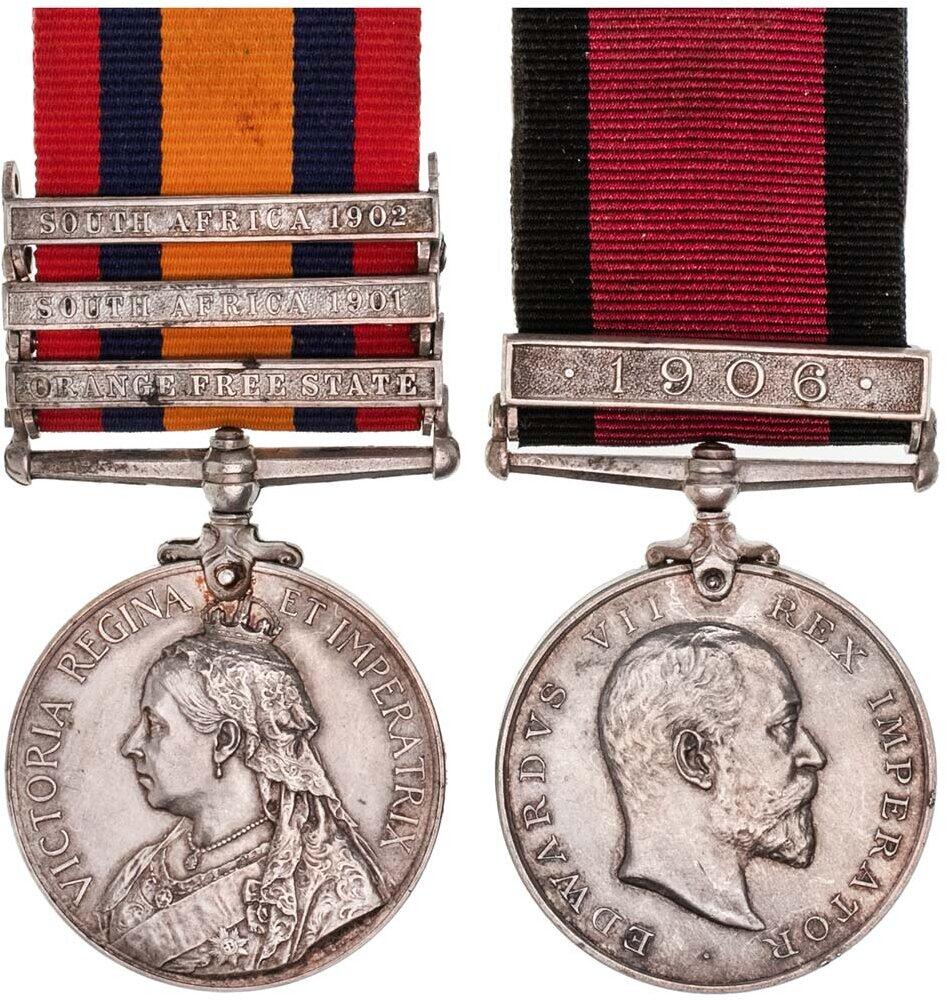 Churchill served as No.802 in No.2 Wing of the National Scouts and also as No.192 in B Troop of the Farmer's Guard. Two QSAs were issued to him, one from each roll, but both were returned to Woolwich. In 1944 he applied for his QSA and this was issued using his Farmer's Guard number and National Scouts unit name.