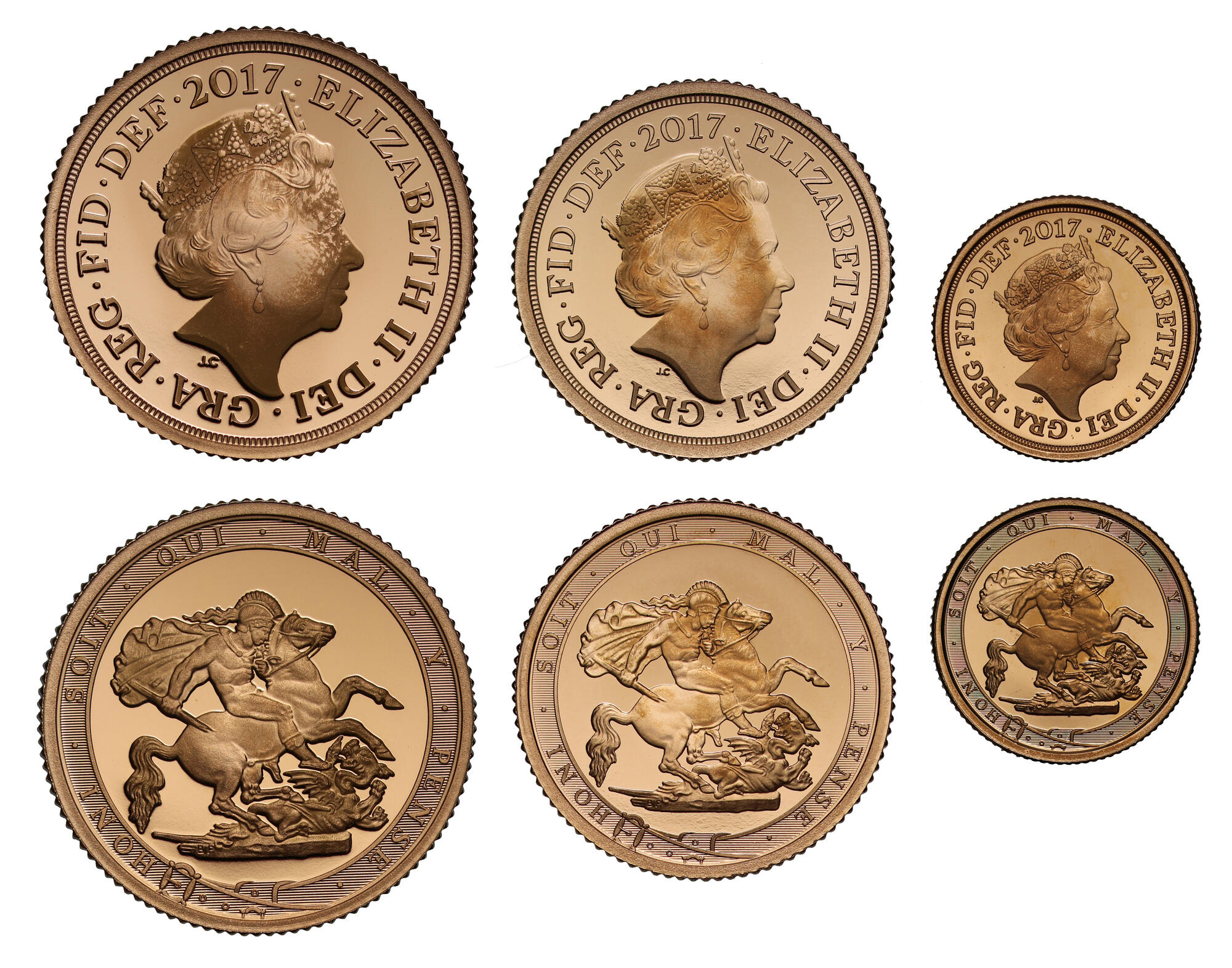 Struck to celebrate the 200th Anniversary of the modern Sovereign, this is also the only series featuring the garter reverse since George III's 1817-20 coinage.