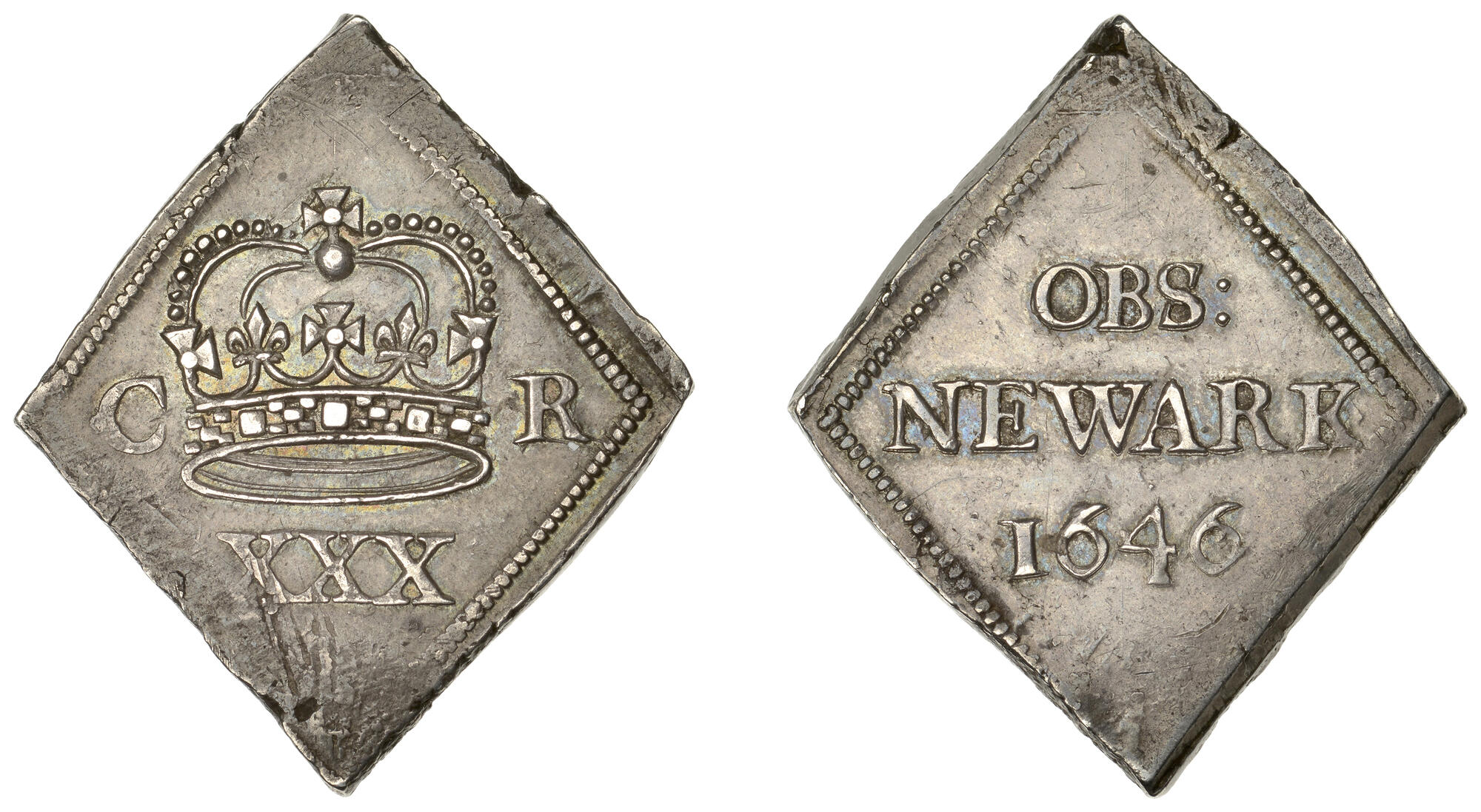 Watch List notes:
Click to save a note
The Michael Gietzelt Collection of British and Irish Coins (1625-1660)

Provenance: Bt Spink
On 6 May 1646, Newark-on-Trent, having withstood several successive sieges, was surrendered by the command of the King to the Scottish army, at that time besieging the town. Two days later it was transferred to the Commissioners of the English Parliament