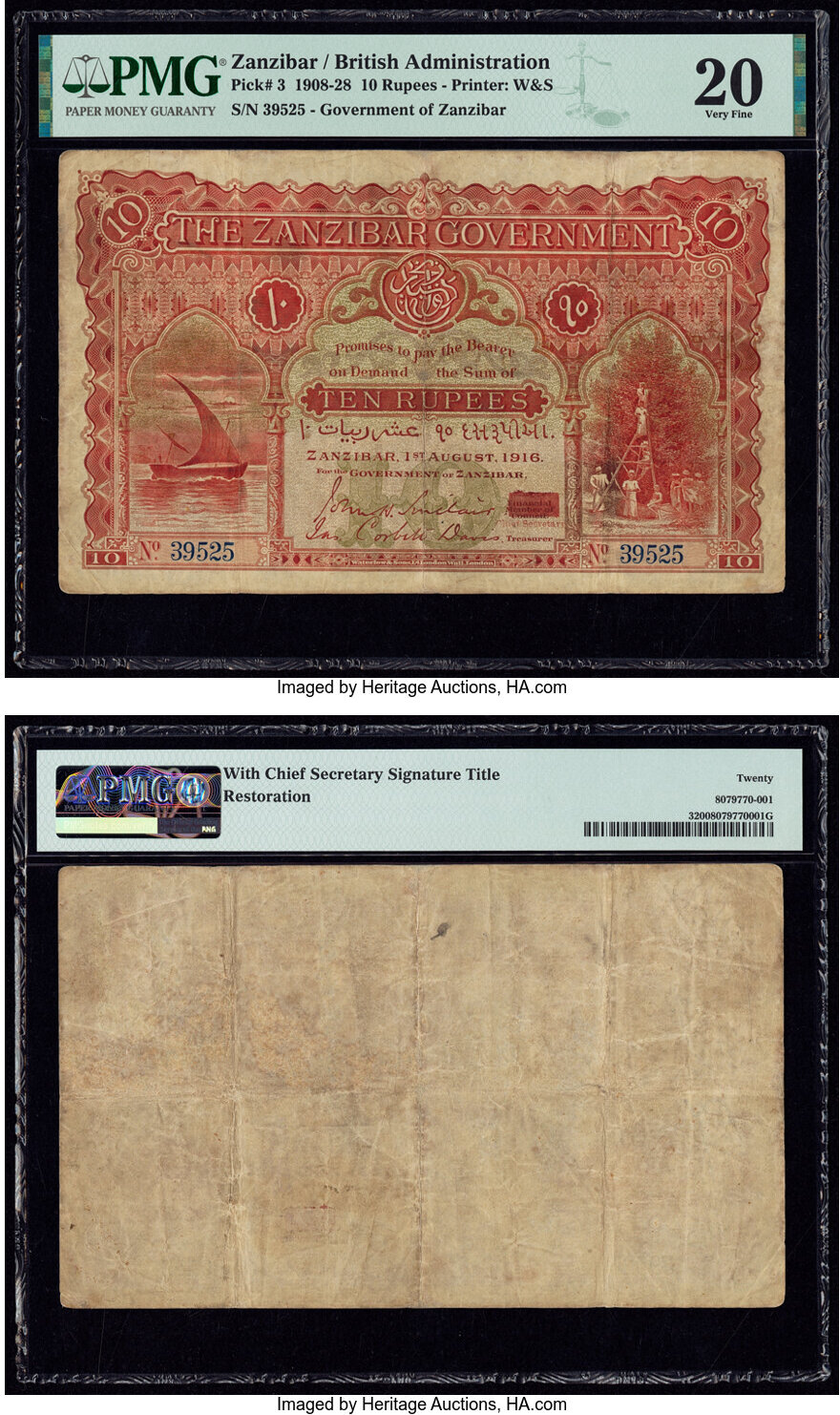 Watch List notes:
Click to save a note
World Currency
Zanzibar Zanzibar Government 10 Rupees 1.8.1916 Pick 3 PMG Very Fine 20. Iconic, mysterious, and exotic can all describe the island of Zanzibar and its associated banknotes. In the 19th-century, the British Empire exerted its control in the area, with colonies in East Africa and in the Indian Ocean. Mauritius and the Seychelles were both wrestled away from France, and Zanzibar became a protectorate. The Government of Zanzibar issued banknotes from 1908 until 1928 in denominations from 1 Rupee to 500 Rupees. The notes were supplemented by East African notes in the 1930s. After World War I, East Africa was expanded to include Tanzania, and since Zanzibar is off the coast of Tanzania, it was more convenient to include Zanzibar with the other colonies that constituted East Africa. These uniface notes from Zanzibar are very rarely seen today, as they are long obsolete and were not issued in large quantities. This example features the 1916 date and a small overprint to the titles at bottom front. Notice that "Financial Member of the Council" has been blocked over, and "Chief Secretary" was handstamped next to the signature of John Houston Sinclair. Minor restorations are mentioned for accuracy. From a most famous and desirable issuer, this special banknote would be a crown of any collection. https://currency.ha.com/itm/world-currency/zanzibar-zanzibar-government-10-rupees-181916-pick-3-pmg-very-fine-20/a/4033-28550.s?type=DA-DMC-CoinArchivesCurrency-WorldPaperMoney-4033-10232021 HID08706262019 © 2020 Heritage Auctions | All Rights Reserved