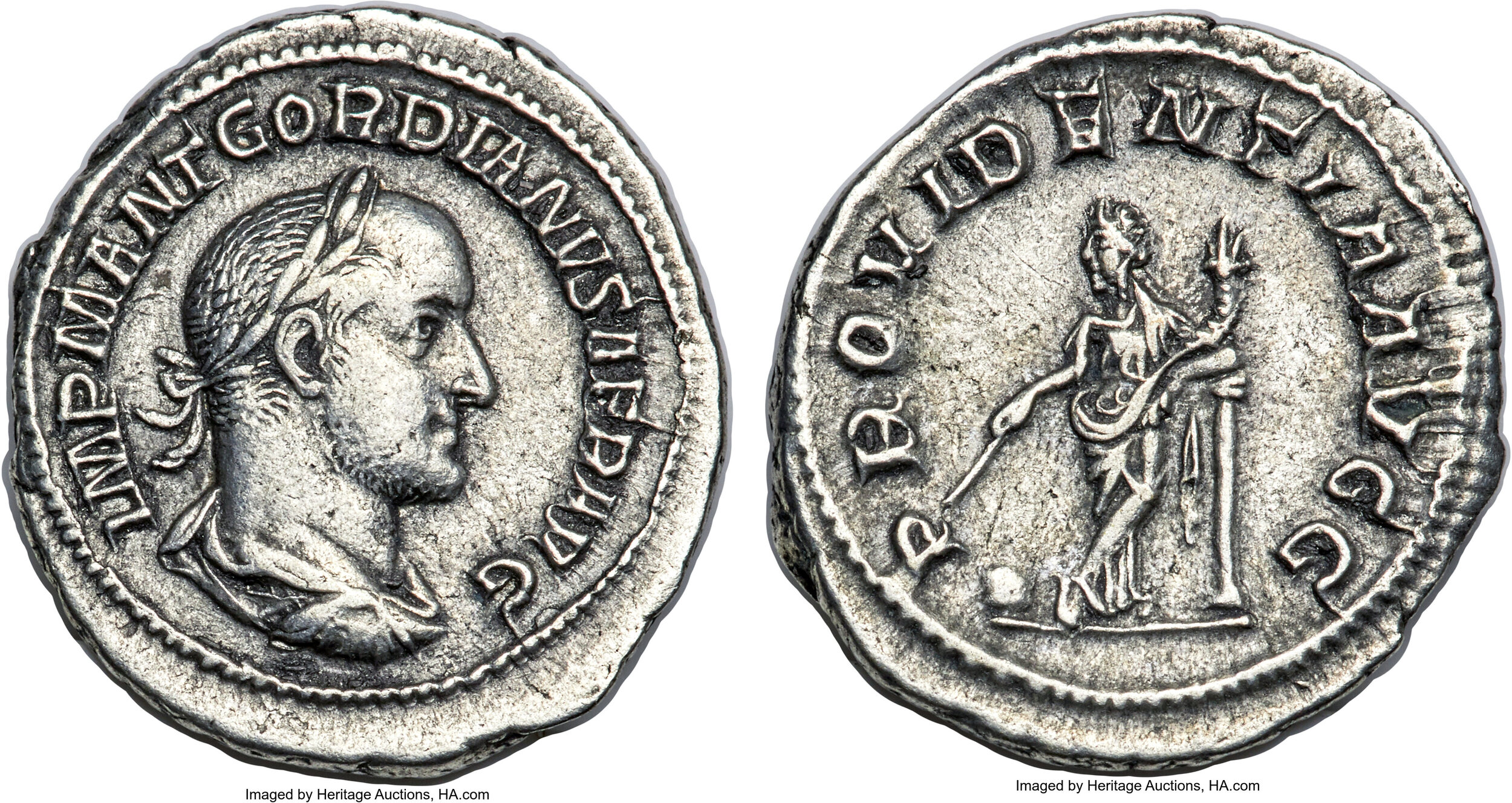 Born around AD 192, Marcus Antonius Gordianus Sempronianus Romanus the Younger followed his father into the Roman Senate during the reign of Elagabalus (AD 218-222). He attained the consulship in the reign of Severus Alexander (AD 222-235) and served as legate of Legio IV Scythica near Antioch, as well as governor of Achaea. In AD 237, he was appointed as a legate (or general) to Africa, a province then governed by his father. While a son serving under a father was hardly unusual, Africa at this time had no legionary force of its own, meaning Gordian II had command only over a small band of palace guards and auxiliary troops. In March of AD 238, a cadre of North African nobles in the town of Thysdrus forced the elder Gordian to accept the purple. Aged nearly 80, Gordian I realized he could not carry the burden alone and proclaimed his son Gordian II as co-emperor. However, Capelianus, governor of neighboring Numidia, remained loyal to Maximinus I and marched on Carthage with the veteran Legio III Cyrenaica. Gordian II gathered a ragtag force and marched out to meet him, but the defenders had more heart than skill and fell in droves before the swords of Capelianus' legionaries. Gordian II died in battle and his body was never recovered. Upon hearing of the outcome, the elder Gordian hung himself. But the 22-day reign of the Gordians proved the aristocracy of Rome was not yet a spent force, and the revolt they began eventually succeeded in toppling Maximinus.