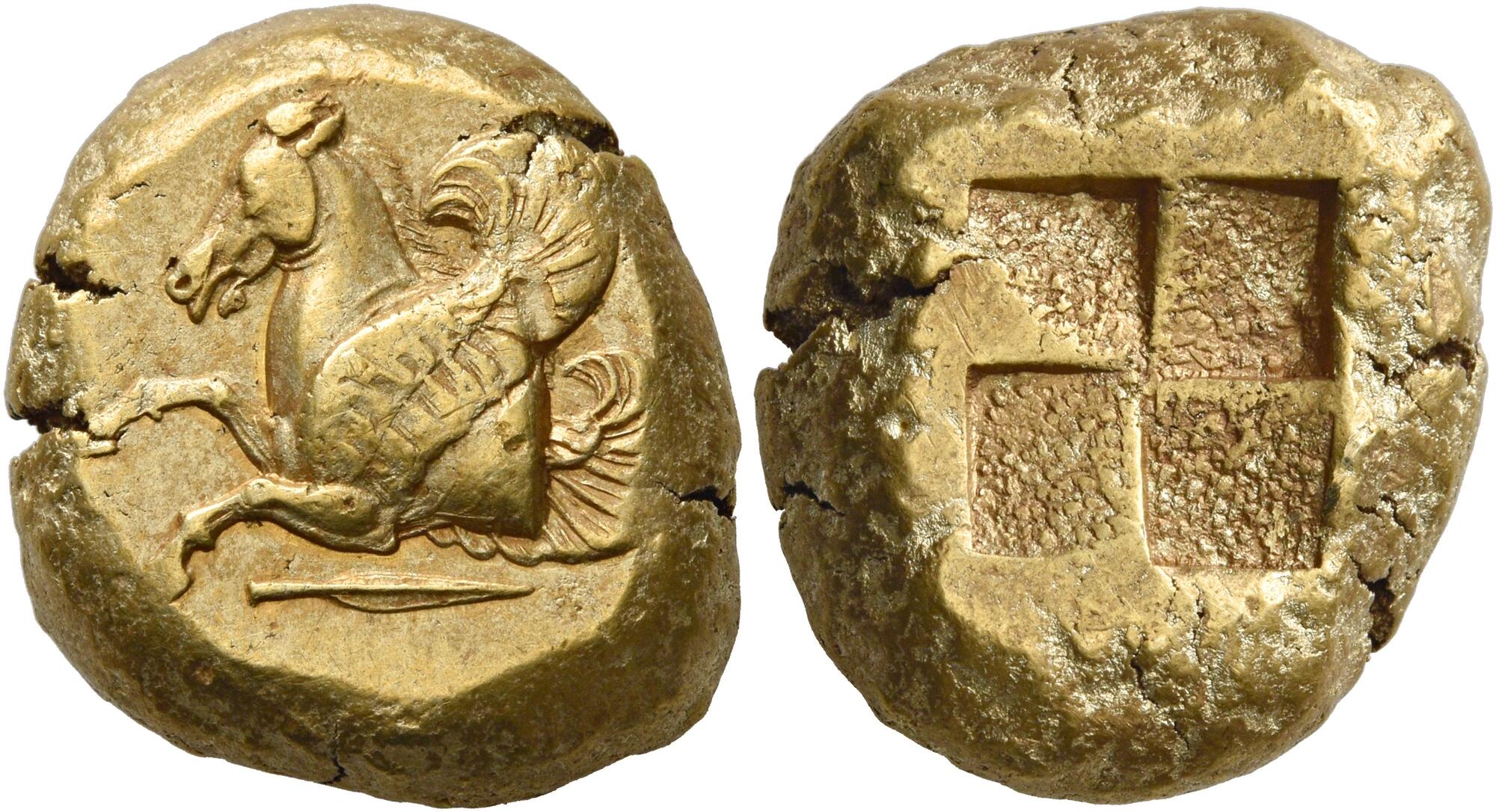 
Reminiscent of the Lampsakean Pegasos series (see lot 111 above), this coin differs significantly in its heavier weight standard and the fabric of the stippled quarters on its reverse incuse, both of which are much more in alignment with the well-known electrum coinage from Kyzikos. However, the great Mysian trade port always signed its coins with its civic coat of arms, the tunny, whereas we find a spear head below the Pegasos on this coin. The cataloguer of the Triton example described it as an issue from a colony or outpost of Kyzikos, which, though an interesting suggestion, is for now entirely speculative (also, a Kyzikan outpost does not necessarily have to be located in Mysia). The fact of the matter is that we do not know where these two beautiful coins originated, although the spear head symbol does perhaps reflect a military background for the issue.