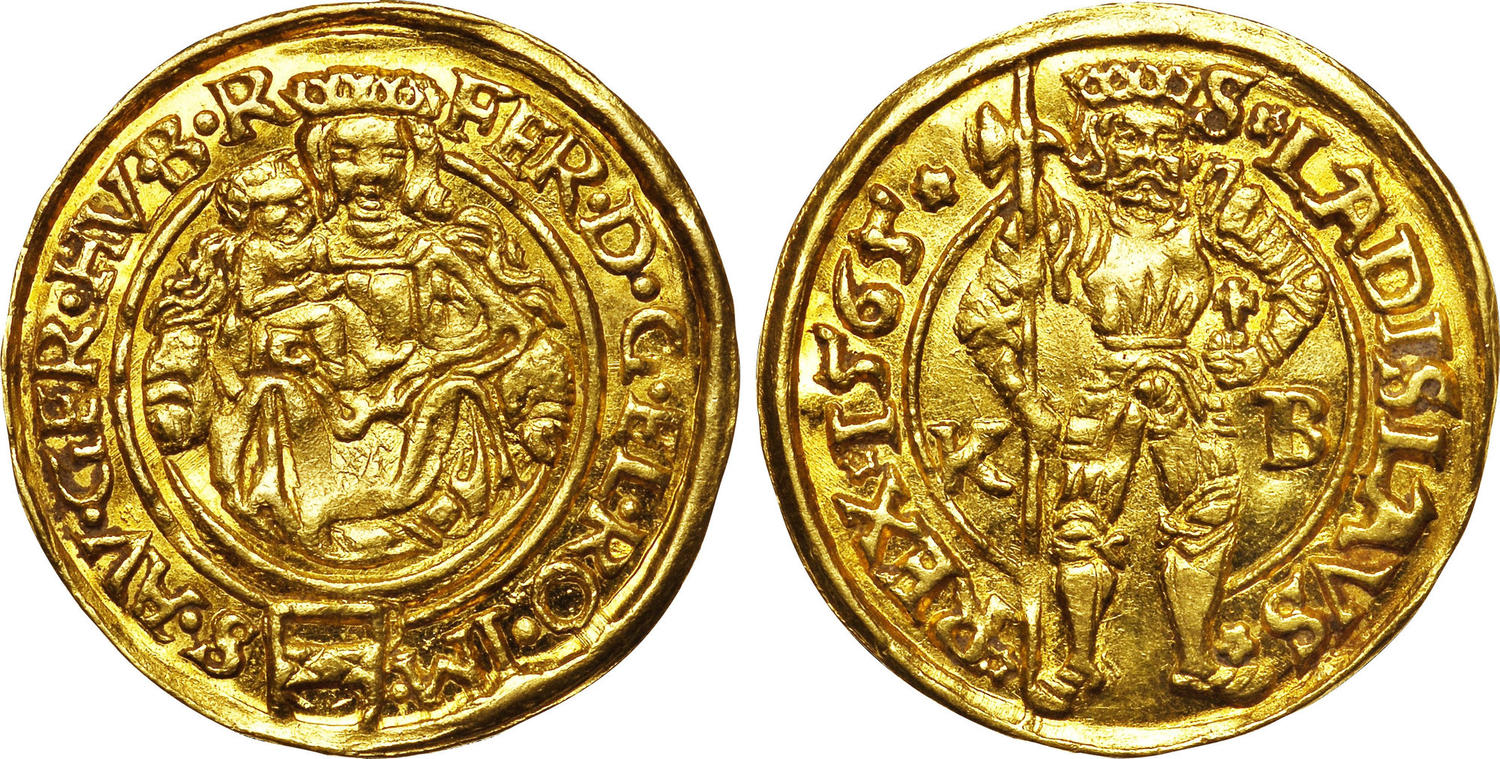 Watch List notes:
Click to save a note
Hungary
Selections from the Eric P. Newman Collection of World Coins. Maximilian II gold Ducat 1565, Fr-57, Huszar-973, Kremnitz Mint, MS64 NGC. Struck in the second year of Maximilian's reign as Holy Roman Emperor, this ducat is quite remarkable. The devices are almost fully struck, and the fields are exceptional; bright and prooflike. The flan appears to have the slightest of waves, unusual for this issue where creases are quite common. This is the first gold issue of Maximilian, crowned King of the Romans in 1562, King of Hungary in 1563, and Holy Roman Emperor in 1564. Maximilian II was the first emperor crowned at Frankfurt rather than Aachen.