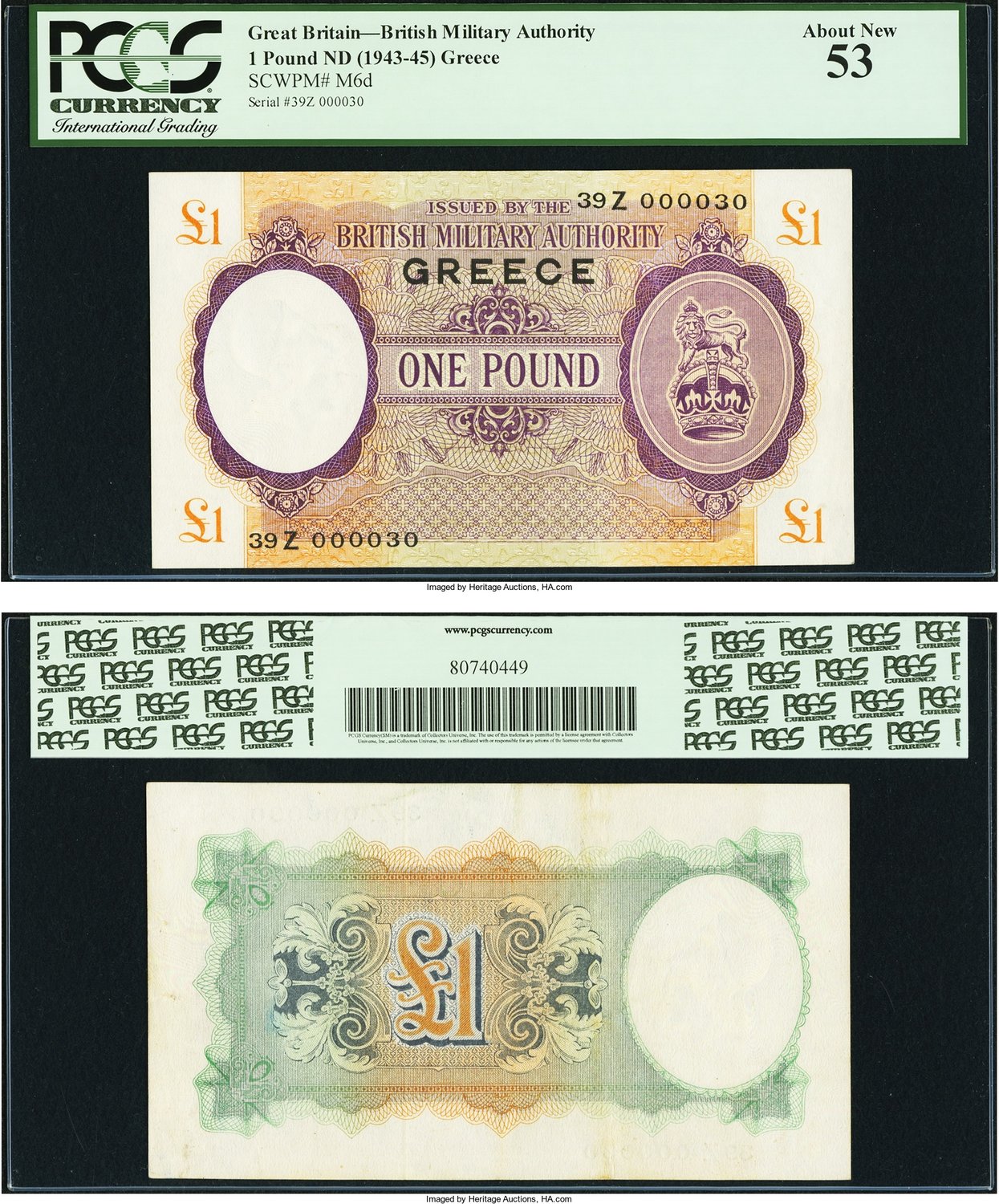 Watch List notes:
Click to save a note
World Currency
Greece Overprint Great Britain British Military Authority £1 ND (1943-45) Pick M6d. A second desirable fabled experimental World War II note with this being of the "Greece" overprinted variety. Only 25 were prepared and it is as rare as the "Bulgaria" example above. This piece has serial number 39Z000030 and grades PCGS About New 53. We have never before offered one of these "Greece" overprinted BMA notes. In fact, before today's, of the "Bulgaria," "France," and "Greece" overprinted issues, we had only auctioned a single example of the "France" note and it was a raw Fine with a large tape repair. For the Pick M6d "Greece" note, we can account for only two auction appearances in the AU and above grades. A raw XF-AU realized $6670.74 in 2007 and a raw CU realized $8611.97 in 2011. This lightly handled example will please the most demanding of collectors. HID08701242017