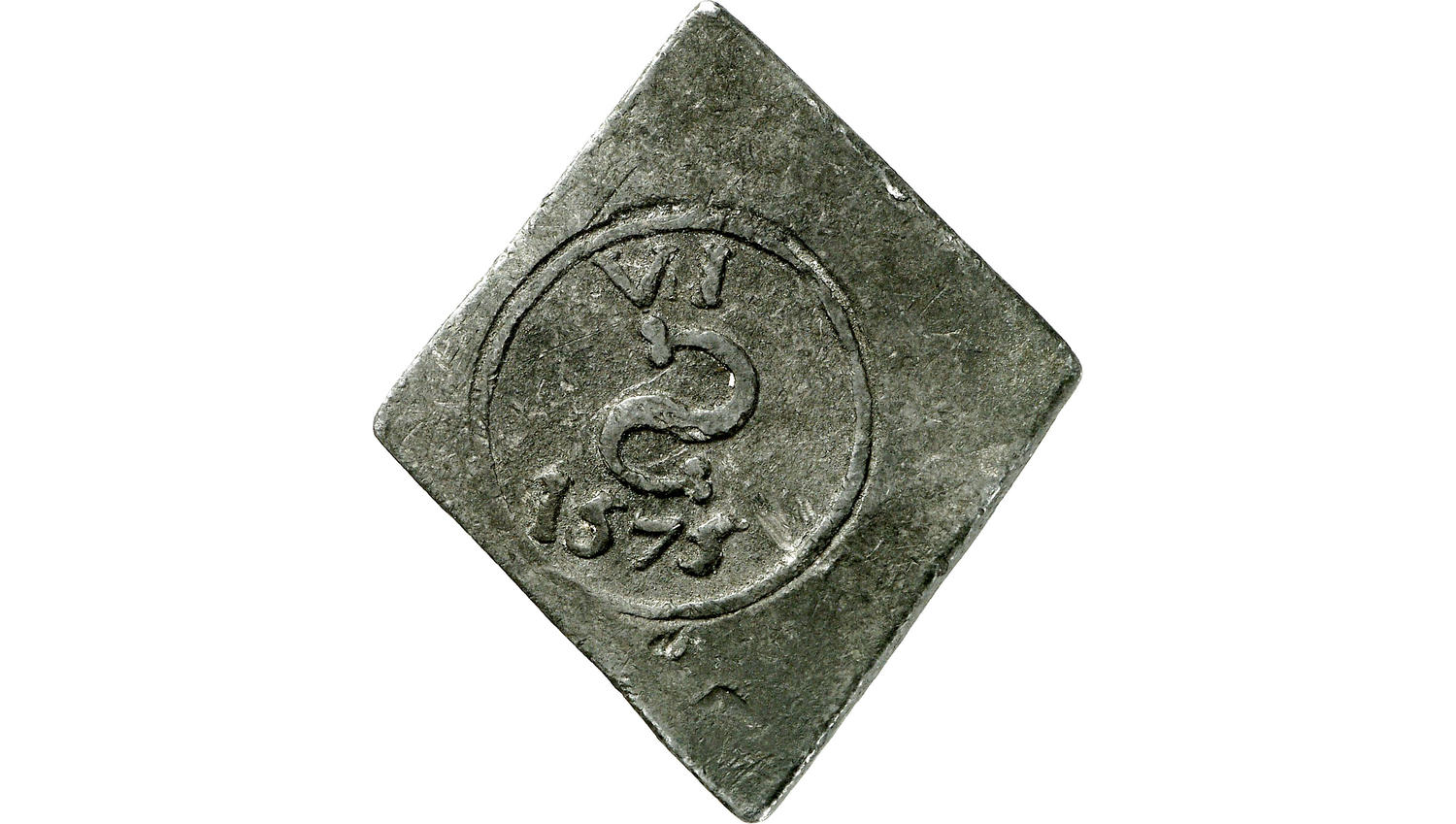 On 28 June 1575, between 8,000 and 10,000 Spanish troops under the command of Gilles van Berlaymont, stadhouder for the Spanish crown, successfully captured the town of Buren; on 7 August the capture of Oudewater followed. The Spanish then turned their attention to the Protestant-held Catholic city of Schoonhoven. Assisted by its pro-Spanish mayors, Aart van Gerritse and Gerrit van Couwenhoven, who had been forced to flee, van Berlaymont was able to force the defenders, composed of French, Walloons, English, and Scots, to surrender after a thirteen-day siege. This garrison was then allowed to leave with its baggage and weapons. Among those who left with them were ten of Schoonhoven's citizens; the remainder received their Spanish liberators with great joy. Now, van Berlaymont moved next to Woerden.
Question about this auction? Contact Classical Numismatic Group, LLC
« Previous lot    Next lot »