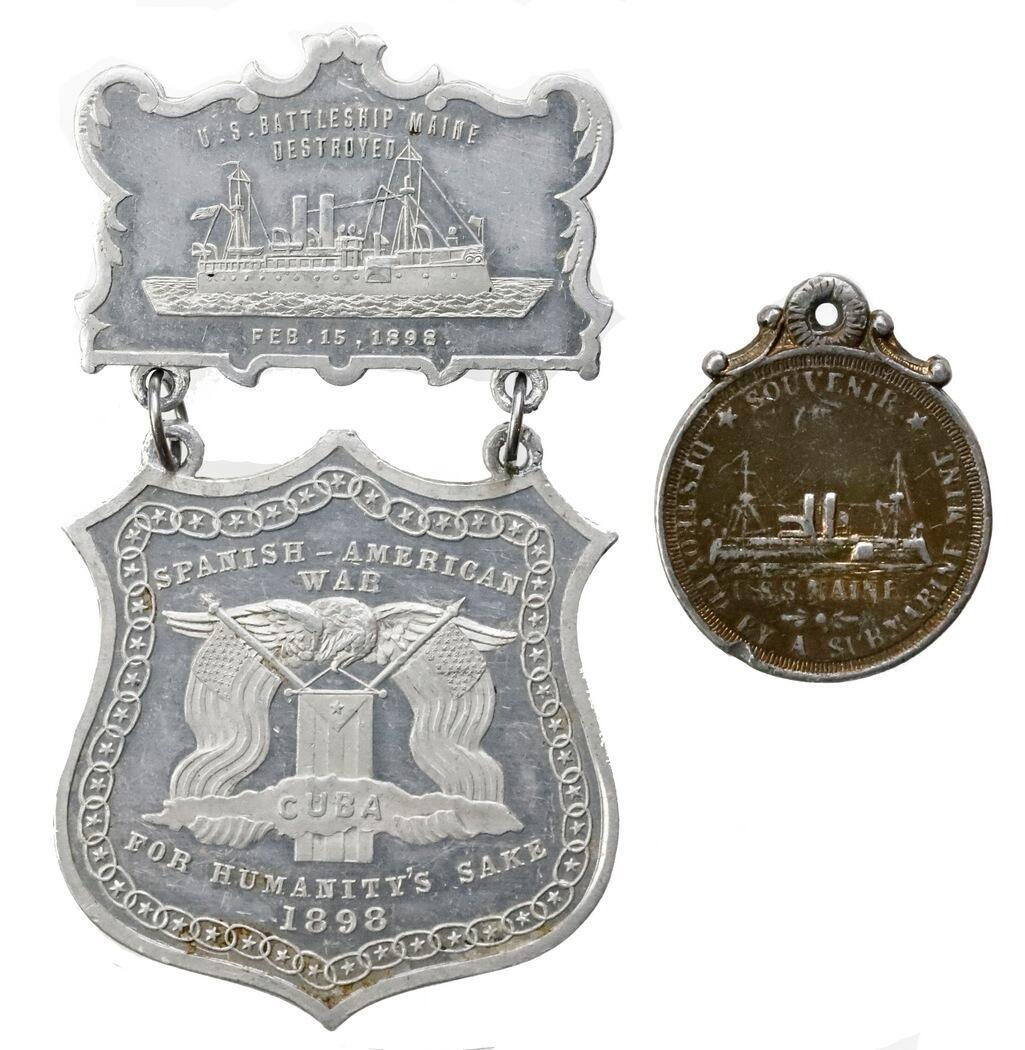 Watch List notes:
Click to save a note
Medals and Tokens
Lot of two USA medals relating to the sinking of the USS Maine in 1898 in the harbor of Havana, Cuba, during the Spanish American War (one small silver medal and one aluminum two-piece badge).The badge is from the National Badge Co. of New York with a top part depicting the U.S.S. Maine with the text U.S. BATTLESHIP MAINE DESTROYED above and FEB. 15, 1898 below while the bottom part depicts an eagle holding the flag of Cuba flanked by U.S. flags with the legend reading SPANISH AMERICAN WAR above and FOR HUMANITY'S SAKE 1898 below; the reverse reads WAR BEGUN APR. 21, 1898 / PEACE PROPOSALS ACCEPTED AUG. 12, '98 / SOLDIERS UNDER ARMS ABOUT 230000 / KILLED IN BATTLE ABOUT 280 / WOUNDED ABOUT 1425 / COST OF WAR $150000000 / RESULT, INDEPENDENCE OF CUBA, PORTO RICO AND OTHER SPANISH ISL'S. / CEDED TO THE UNITED STATES WITH / POSSESSIONS IN THE PHILIPPINES. and NATIONAL BADGE CO. / N.Y. below. The smaller medal depicts the U.S.S. Maine before and after her sinking with the masts sticking out of the water and notes the ship was "destroyed by a submarine mine" with 266 lives lost.