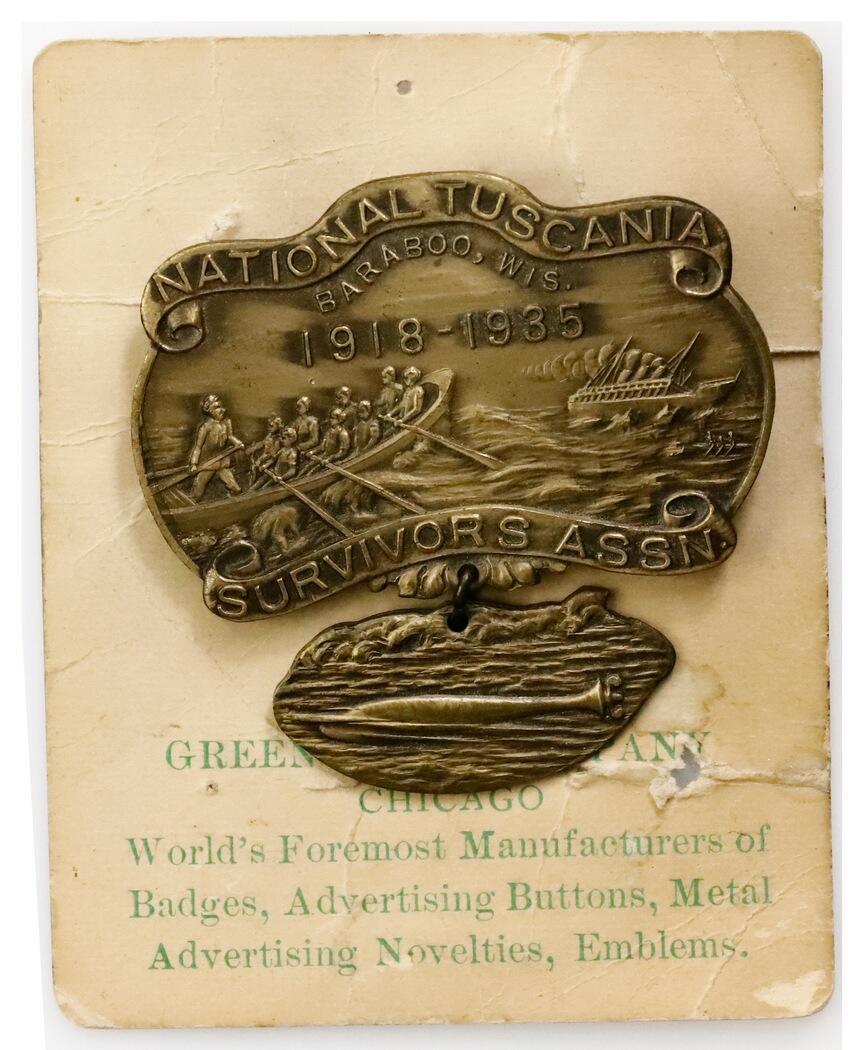 Watch List notes:
Click to save a note
Medals and Tokens
USA, brass medal, ca. 1918, National Tuscania Survivors Assn., for the "Baraboo 21" survivors of S.S. Tuscania shipwreck (1918), with original card, ex-Malone.2-1/8" x 2; 24.81 grams.Dramatic representation of survivors rowing a lifeboat as the Tuscania sinks in the background with a banner reading NATIONAL TUSCANIA SURVIVORS ASSN. along with BARABOO, WIS. / 1918 - 1935, a bottom hanger depicts a torpedo speeding through the water. The luxury liner / converted troopship SS Tuscania was sunk on Feb. 5, 1918 in the Irish Sea by the German U-boat UB-77. The ship carried a large complement of American soldiers "doughboys" heading to fight along the Western Front in France. Several British officers and around 200 American soldiers were killed in the attack and sinking. The survivors, around 1,800 total, included all 21 men who had enlisted from Baraboo, Wisconsin. Those 21 soldiers came to be known as the "Baraboo 21" and, after the war, continued to meet yearly into the 1960s in Baraboo as part of a "Last Man Club." A subsequent National Tuscania Survivors Association also formed in Baraboo and, in 2018, a memorial dedicated to the survivors and those lost was erected in the town.Pedigreed to the Bart Malone Collection.