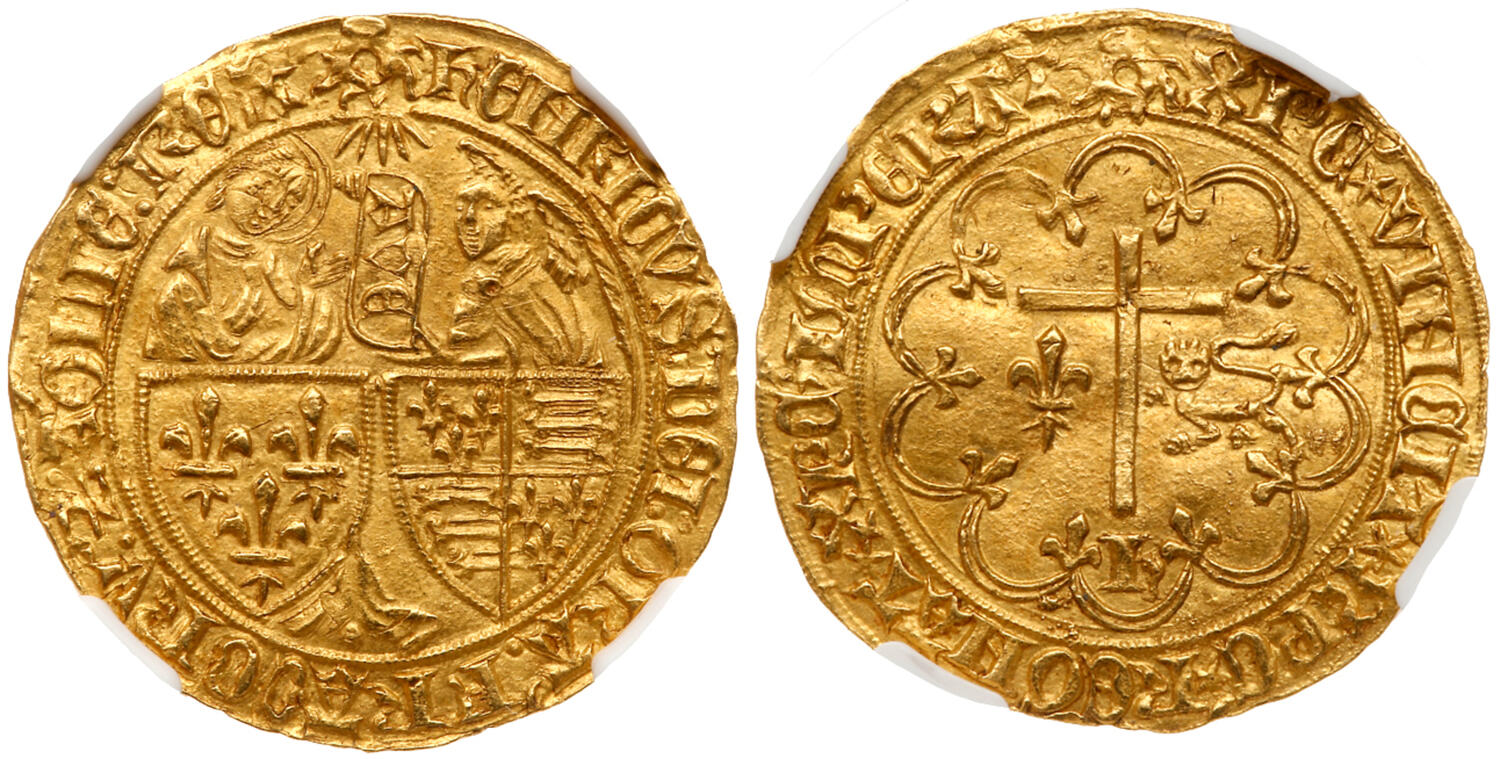 Watch List notes:
Save a note here
Henry VI, King of England and France (1422-53), Gold Salut d'Or. Le Mans Mint, initial mark root both sides, standing figures of Virgin Mary and Angel Gabriel behind shields of France and England, long rayed sunburst above, AVE on scroll downwards between, hENRICVS: DEI: GRA: FRACORV: Z: AGLIE: REX, rev. Latin cross with h below, lis to left, lion to right within tressure of ten arcs, lis on cusps, legend with mullet stops surrounding, XPC'* VINCIT* XPC'* REGNAT* XPC'* ImPERAT, weight 3.52g (AGC 384 dies 1/b; Schneider 106-108; Elias 269; S.8164). Toned, a well centred strike, with especially good detail on the obverse root mint mark, has been slabbed and graded by NGC as MS64, very rare and the finest graded example of this very rare mint. Estimated Value $7,500
NGC Certification 5880545-002. Though NGC have graded a number of Saluts d'Or, 117 at time of writing, they do not break down the mints. It is interesting to note that PCGS does break down the mints they have graded, only 34 pieces in total but none have yet been graded at the time of writing of the Le Mans Mint. The Latin legends translate as on obverse "Henry by the Grace of God King of France and England" and on reverse "Christ reigns, Christ conquers, Christ commands." The mint mark root is indicative of the Le Mans Mint located about 130 miles south west of Paris.
Question about this auction? Contact The New York Sale
« Previous lot    Next lot »