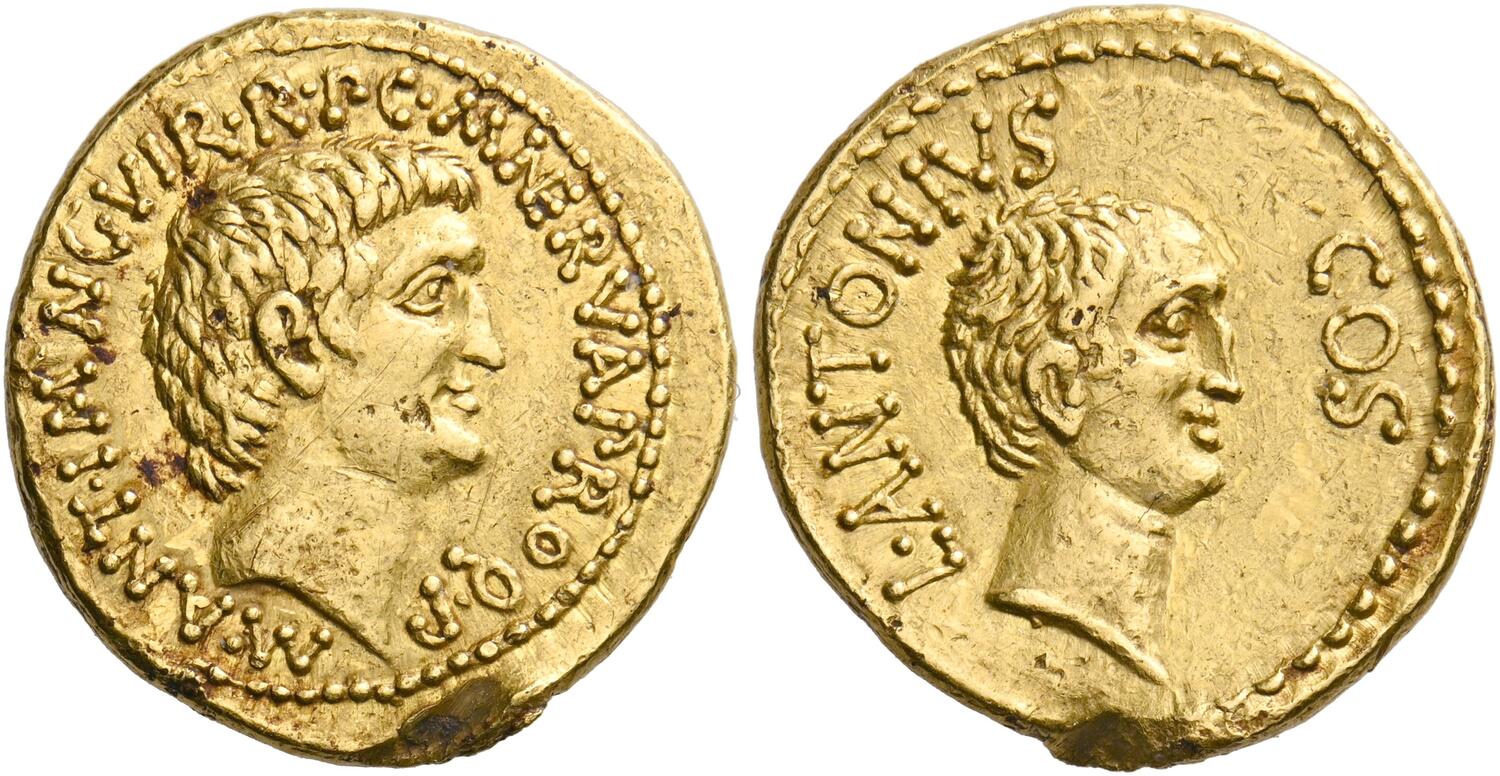 From a Swiss collection and from the Ipek Collection in Cologne, ex Kölner Münzkabinett 106, 12 February 2016, 220A, previously acquired privately in 1971 from the Kunsthandlung Aloys Faust in Cologne, who, in turn, acquired it from E. Beckenbauer in Munich in 1960/1961.
This extremely rare aureus depicts Mark Antony and his youngest brother, Lucius, who had become consul early in 41. It was struck in the east under Mark Antony, who wished to advertise his brother's consulship. While Antony was ruling the east from Ephesus, Lucius remained in Italy, conspiring with Antony's wife, Fulvia, against Octavian, who was attempting to settle veterans on land by using land grants that were not popular with the Senate. The scheming resulted in the Perusine War, which did not go well for Lucius and Fulvia. After surrendering, Lucius was pardoned by Octavian and was sent as governor to Spain so that he was out of the way, but he soon died there. Fulvia caught Octavian's full wrath: she and her children were exiled to Sicyon.