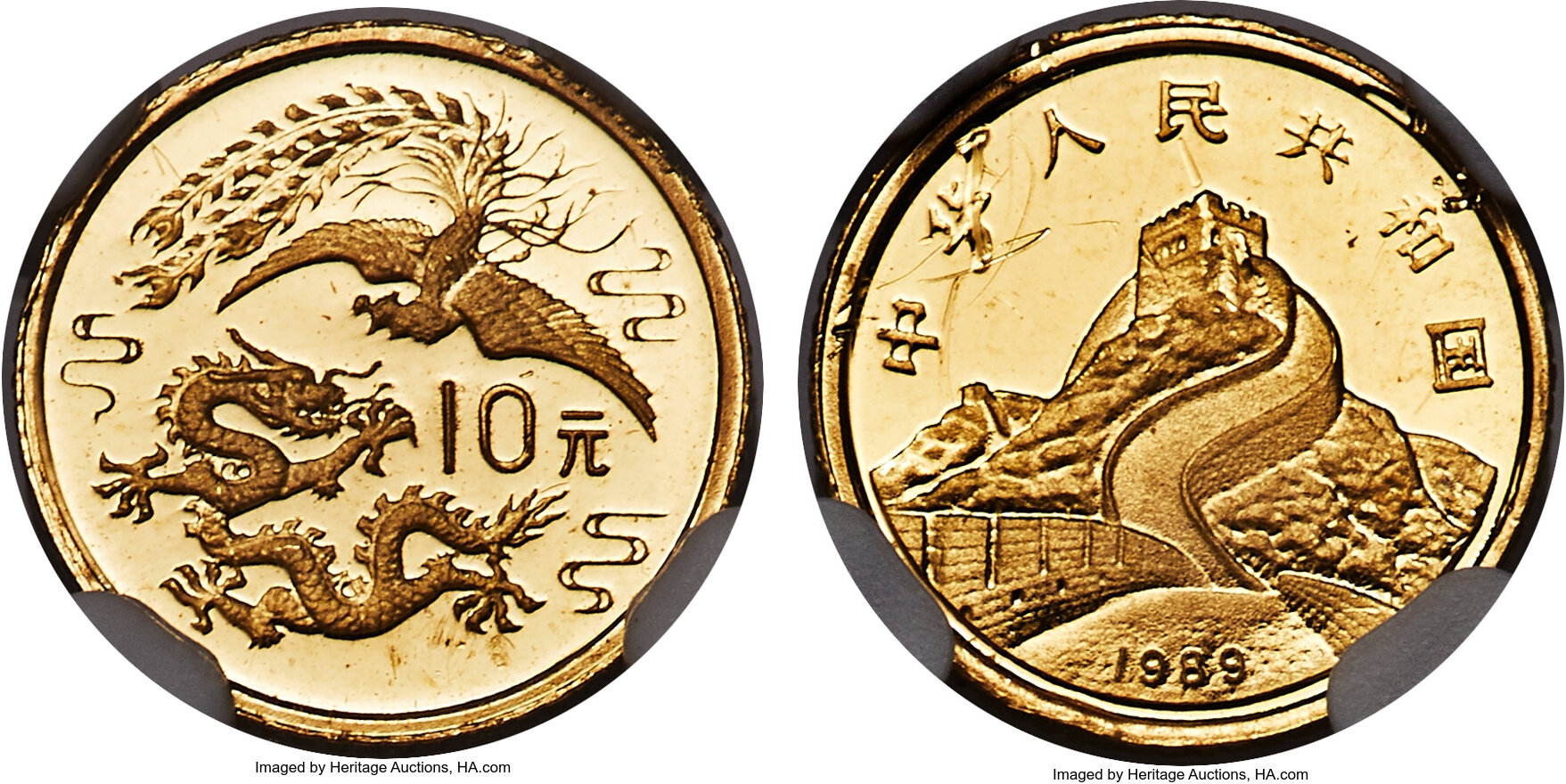 Watch List notes:
Click to save a note
China
People's Republic gold Proof Pattern "Dragon & Phoenix" 10 Yuan 1989 Proof Details (Removed From Jewelry) NGC, Shenyang mint, KM-Unl., Cheng-Unl., CC-286B. Struck and dated a year prior to the official date of issue for the series (1990), and a highly elusive Pattern type that is only very rarely made available on the market. As a testament to the scarcity of this pre-production issue, we could locate only a single example previously sold on auction-- an NGC Proof (Damaged) representative, which sold in August of 2011 for a hammer price of $9,500. Though the reverse-confined damage to that selection is somewhat similar to this piece, the two are in fact not the same, and this could indicate some similarity in how the coins were handled post-strike, perhaps by the same individual. In either case, the present opportunity remains incredibly fleeting, and it is doubtful that another chance to acquire an example of the type will arise in the near future.