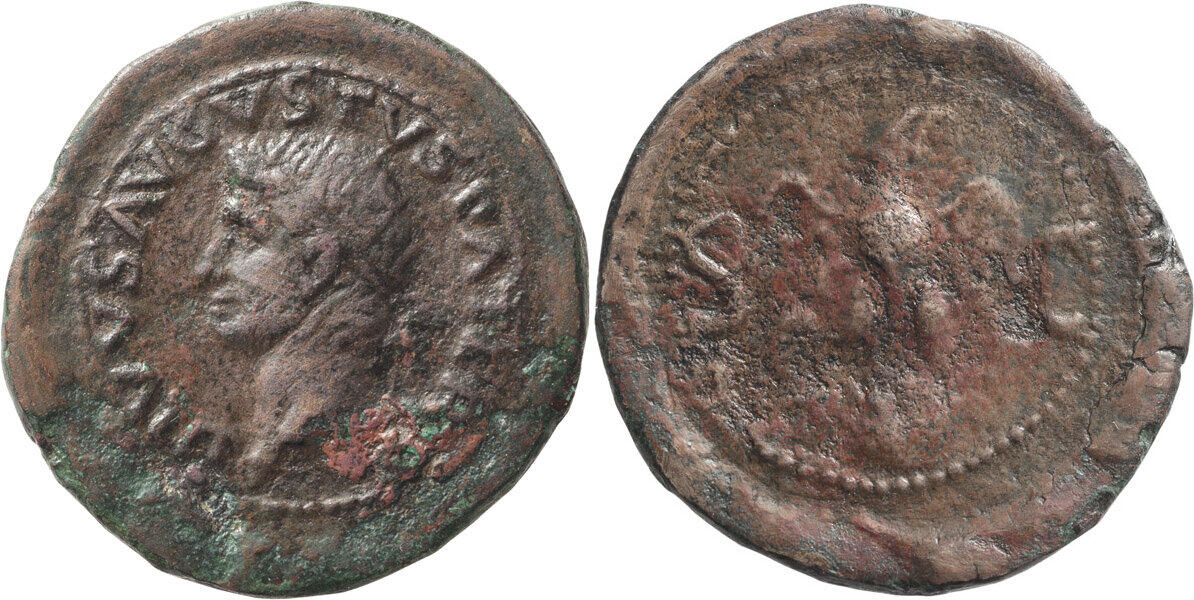 Watch List notes:
Click to save a note
Divus Augustus Medallic As. 40-as; Divus Augustus Medallic As; Rome, under Tiberius, 34-7 AD, Medallic As, 25.94g. Paris-140; Mittag, Römische Medaillons, Tib 2 (p. 121) and Tib XI (p. 194). Obv: DIVVS AVGVSTVS PATER Head radiate l. Rx: S - C to l. and r. of Eagle standing front on globe, wings spread, head r. Ordinary asses of these types were struck in large numbers at the end of the reign of Tiberius. Specimens on oversize flans like ours were perhaps produced as New Year\'s gifts, and thus as precursors of the large bronze medallions regularly struck for that purpose from the reign of Hadrian on. Our oversize example may be just the fourth known, and compares as follows with the two in Paris:
Paris 139, 36 mm, 58.81 g
Our coin, 33-35 mm, 25.94 g
Paris 140, 32-33 mm, 23.09 g
Our piece is struck in red copper, so might have been meant as a two-As piece or copper dupondius; the same could apply to Paris 140, whereas Paris 139 might be a four-As piece or copper sestertius. Unfortunately the size and weight of the fourth recorded oversize piece, reported to be in Milan, have not been published.This is an exceptional coin, possibly produced for a New Year\'s gift. Highly desirable, less than five recorded. VF