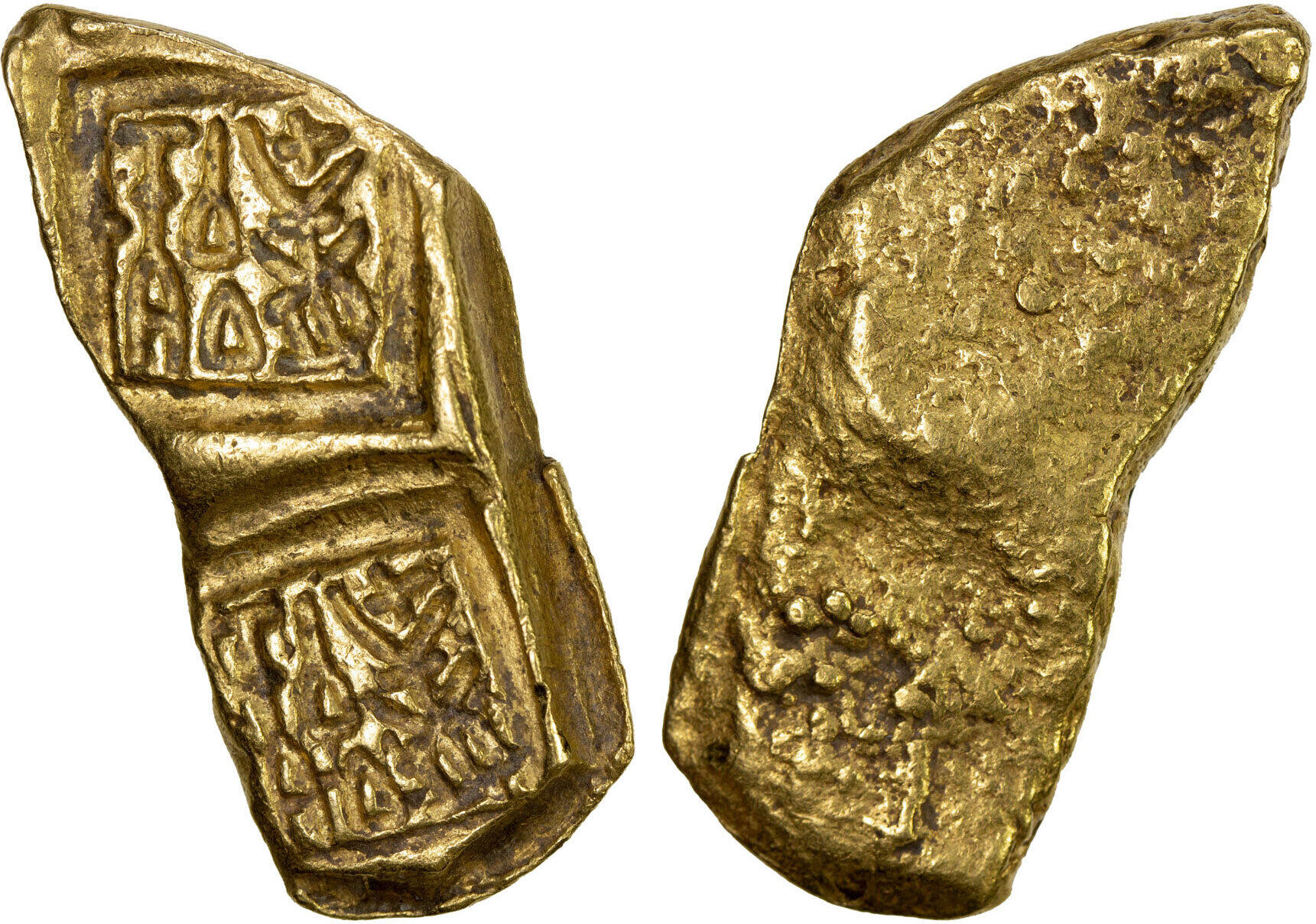 Watch List notes:
Click to save a note
WARRING STATES: State of Chu, 400-200 BC, AV block money (19.27g), H-5.1, ying yuan in archaic script stamped on cut section of two pieces, EF, RR. Following a number of battles with neighboring states, the Chu capital moved to Ying, near modern-day Jingzhou City on the Jianghan Plain in the western part of Hubei Province. Ying was the capital of the State of Chu until 278 BC. These gold block money items were made in what is now Hubei province. They were cut from larger bars which allowed for the making of small denominations. Historically, this is China's first gold currency with a fixed shape and size.