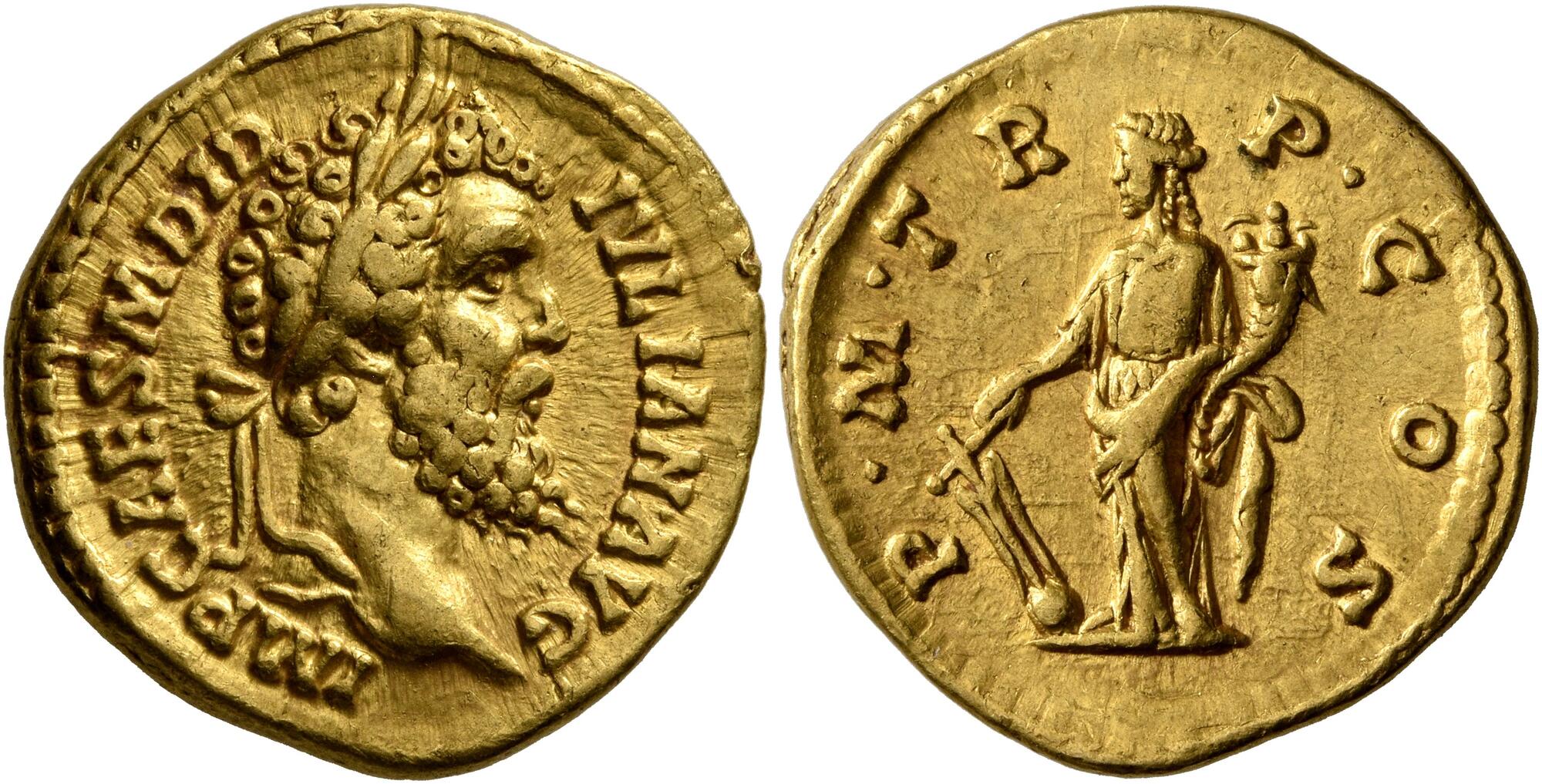 Didius Julianus was born into a wealthy and influential family, the gens Didia, and carved out a successful career of his own under Marcus Aurelius and Commodus. When the last Antonine emperor was murdered on 31 December 192, Didius held the important office of proconsul of Africa Proconsularis. By-passed at first when Pertinax succeeded to the throne, Didius' time came when the former was murdered by the Praetorian Guards on 28 March. In a scandalous procedure, the throne was now auctioned off to the highest bidder, with Didius and his rival, Titus Flavius Sulpicianus, the praefectus urbi and Pertinax' father-in-law, outdoing each other by offering the soldiers more and more money. This new low-point in Roman politics was eventually ended when Didius, who was one of the richest men of his time, offered each Praetorian a staggering 25,000 sestertii, an amount so preposterous it could not be matched by Titus. However, the shameful sale of the empire by the imperial guard led to the revolt of no less than three important generals, Clodius Albinus, Septimius Severus, and Pescennius Niger, although their quick reaction suggests that the uprisings had been prepared in advance. In any case, Didius' days were numbered. Septimius marched on Rome soon after, and Didius was killed on the Senate's command on 2 June 193.