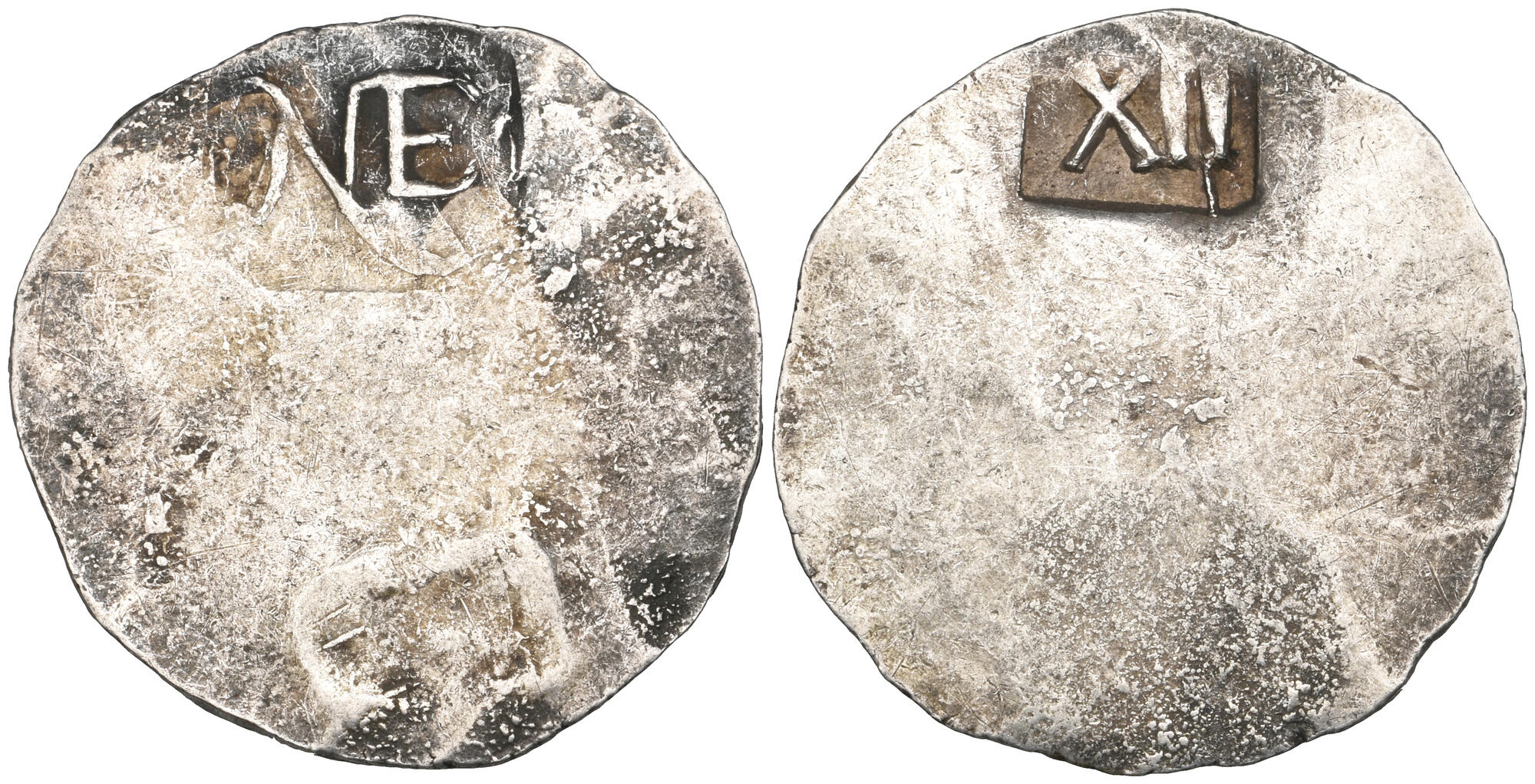 Watch List notes:
Click to save a note
*U.S.A., Colonial North America, New England, shilling, undated, struck in Boston in 1652 by John Hull and Robert Sanderson, the silver planchet countermarked 'NE' on obverse and 'XII' on reverse, 72.2 gr. (Noe 3-B; Salmon 3-C), the finest known example of the first coin struck in what is now the U.S.A., recently discovered in the United Kingdom and now in a NGC holder graded MS61, extremely rare and the only New England shilling to have been classified as 'Mint State' by either grading service. Hull and Sanderson's New England coins, famously the first pieces to be struck in North America, were produced over a period of just a few weeks in 1652 using puncheons which, in essence, resembled hallmarking tools. The present specimen was made when the 'NE' punch had been re-cut for the third and final time, while the 'XII' is from the second of four separate reverse punches, this one being distinguished by a pronounced flaw caused by a crack in the punch running from the base of the second 'I' to its edge. It is believed that this example is the tenth-known coin struck from this combination of punches and its Mint State status is superior to that of all known specimens of the type. As it so happens the next-finest piece is also of the Noe 3-B variety and is graded AU58 NGC (ex Robert Coulton Davis (1890), Thomas Hall, Virgil Brand, Carl Wurtzbach, T. James Clark, F.C.C. Boyd, John J. Ford, Jon Hanson and Donald Partrick Collections). Provenance: Beaumont family Collection.
(150000-200000 GBP)
Question about this auction? Contact Morton & Eden Ltd
« Previous lot    Next lot »