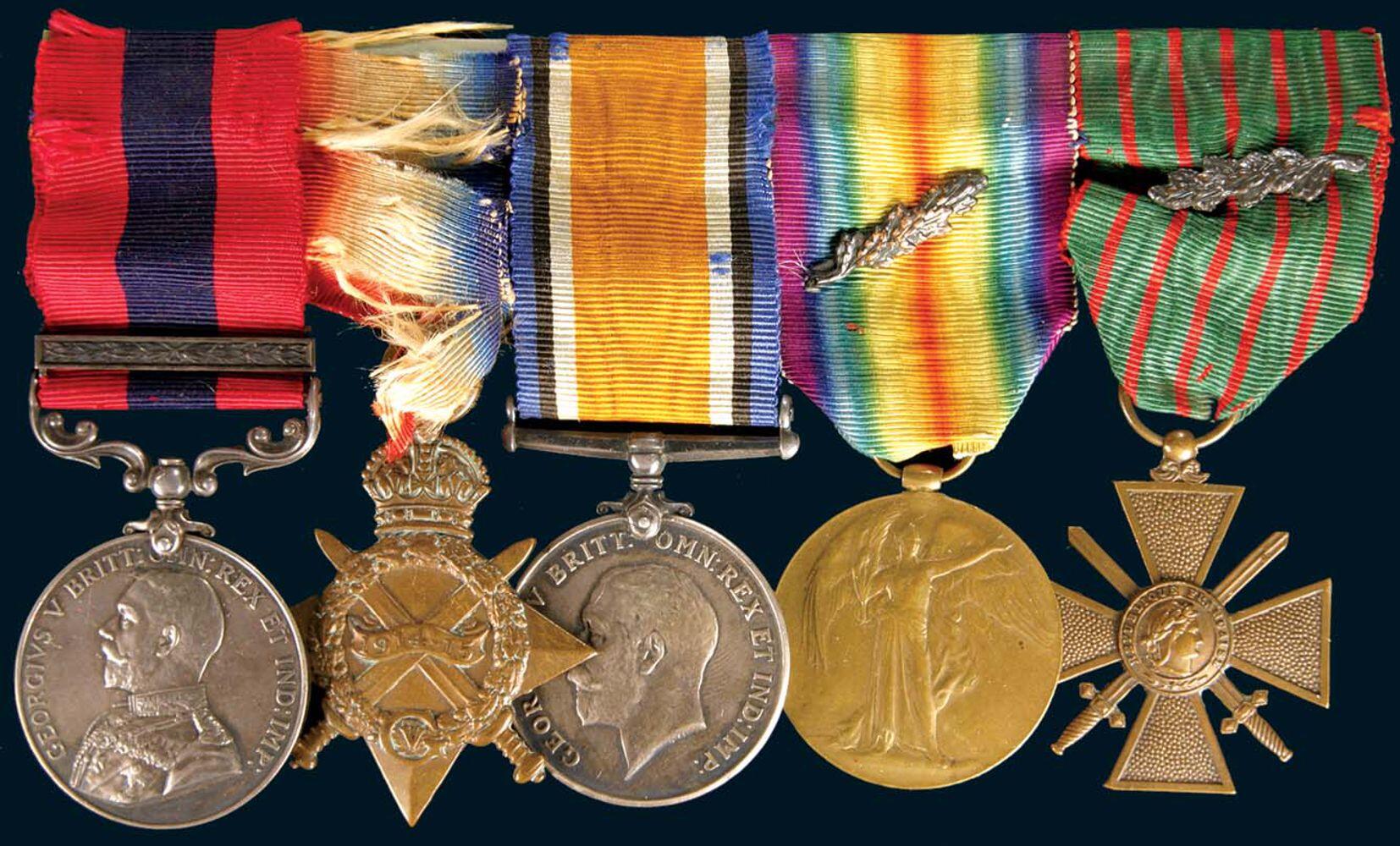 DCM Citation: 'For conspicuous gallantry on the 25th April, 1915, during the landing at Gaba Tepe (Dardanelles). He had reached shelter on the beach, when he saw a wounded man struggling in the surf, which was under heavy fire. Without hesitation he turned back, reached the man in the water, and brought him successfully to shore and subsequently to a place of shelter.'

MID Recommendation: 10th Battalion, 122 Private Greene (see note), C.P. - On 25th April, when landing under a heavy fire he noticed one of his comrades wounded and struggling in the water. He returned and brought the wounded man to shore. (Reported by Lieut.-Colonel S.Price Weir)

(Note: The name Green and Greene have been used on various documents in the soldier's Service File but on his Attestation Paper to Enlist his name is recorded as Green.)

The bar to the DCM and the French Croix de Guerre with Palme have not been confirmed.

With copy of Service Record.