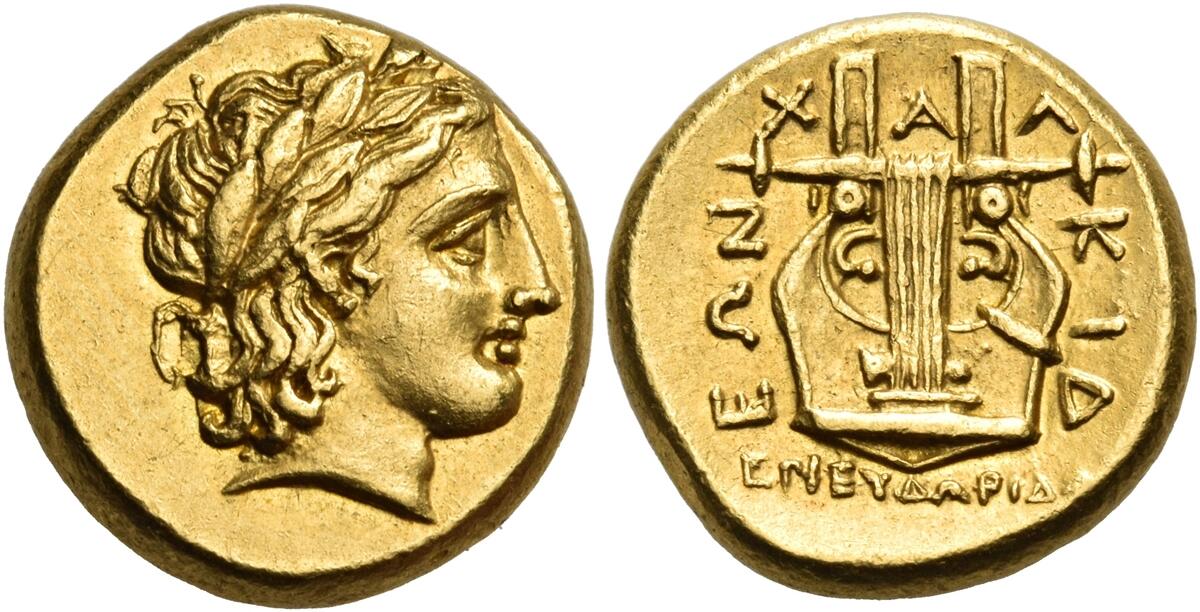 Watch List notes:
Save a note here
MACEDON, Chalkidian League. Olynthos. Circa 352-350 BC. Stater (Gold, 16 mm, 8.47 g, 6 h), under the magistrate Eudoridas. Laureate head of Apollo to right, his hair falling down the back of his neck. Rev. Χ-Α-Λ / ΚΙΔ - ΕΩΝ Kithara with five strings; below, ΕΠΙ ΕΥΔΟΡΙΔΑ. Robinson & Clement Group W, IV (A IV/P IV). Extremely rare. Splendid, very well-struck and with a head of Apollo of great elegance and charm. Extremely fine.
From a European collection and from the Golden Rarities Collection, Nomos 19, 17 November 2019, 73.

This is surely one of the great Greek gold coins of the mid 4th century BC; it also served as a direct prototype for Philip II's immense series of Apollo-head staters. Interesting is that Philip ordered the portrait's design should be changed, replacing the head of Apollo with flowing hair that is shorter and carefully trimmed. Did Philip do this as a way of identifying the Apollo on his coins with his soldiery, equating them and putting his troops under Apollo's protection?