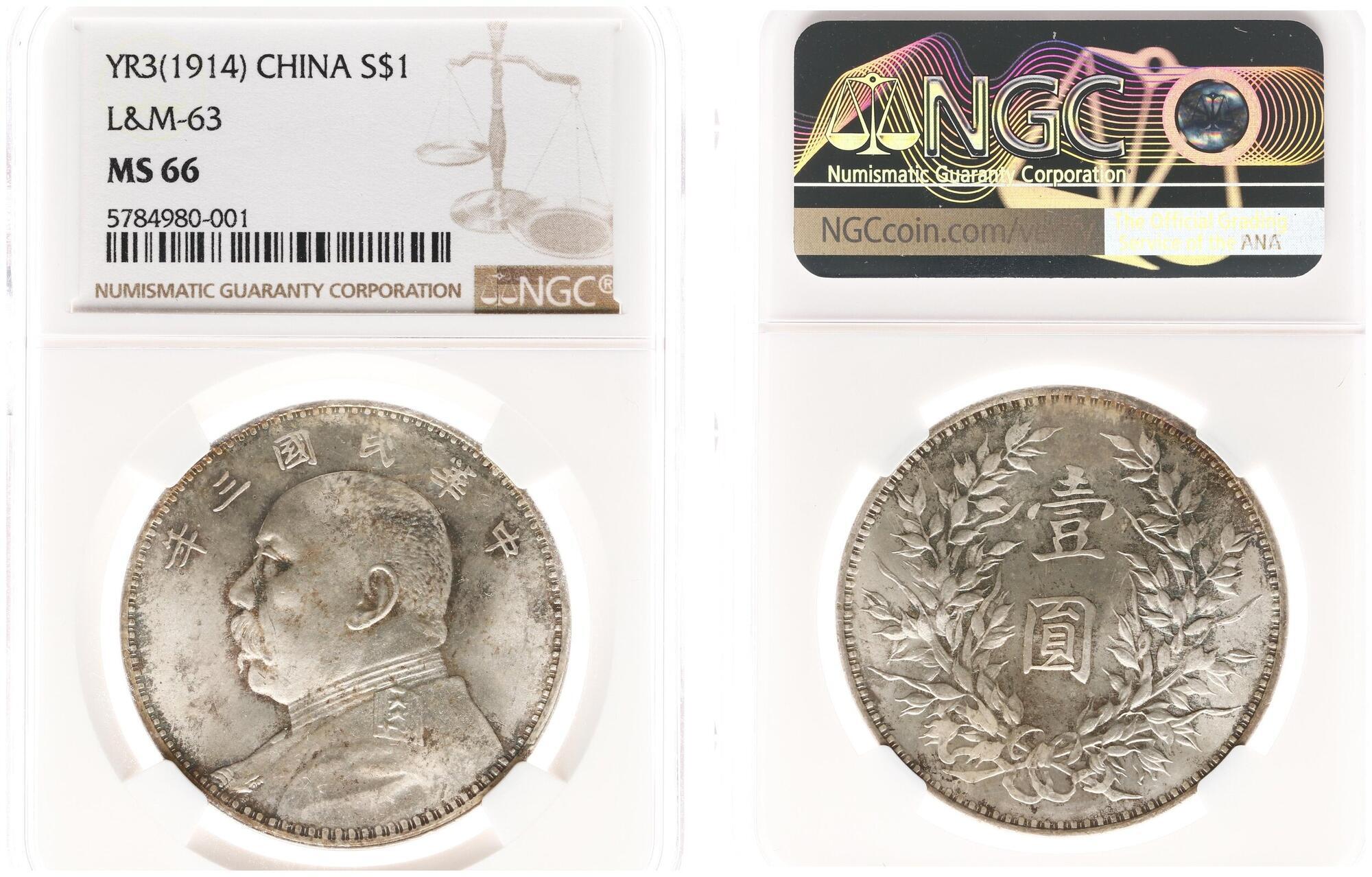 Watch List notes:
Save a note here
China - Republic - Dollar Yr.3 (1914) (KM329, L&M63, Kann646) - Obv: Bust Yüan Shih-kai left / Rev: Value within wreath - 26.58 g., regular issue, reeded edge - NGC MS66, while likely the most iconic and instantly recognizable issue of the Chinese series amongst both seasoned numismatists and the layman alike, the 1914 Yuan Shih-kai 'Fatman' Dollar usually is anything but a remarkable issue, the standard 'base' type for that year seeing over 86.000 specimens certified between NGC and PCGS combined. This fact is primarily owed to the enormous numbers originally struck, most of which experienced heavy usage in circulation and few of which were set aside soon after minting. That being said, the current example ranks far and beyond as a clear outlier, with only 11 MS67's and 8 MS66+'s represented in the NGC and PCGS census reports. A truly exceptional piece with a bold strike, booming luster and beautiful toning throughout, fit for any world class collection
Question about this auction? Contact Heritage Auctions Europe
« Previous lot    Next lot »