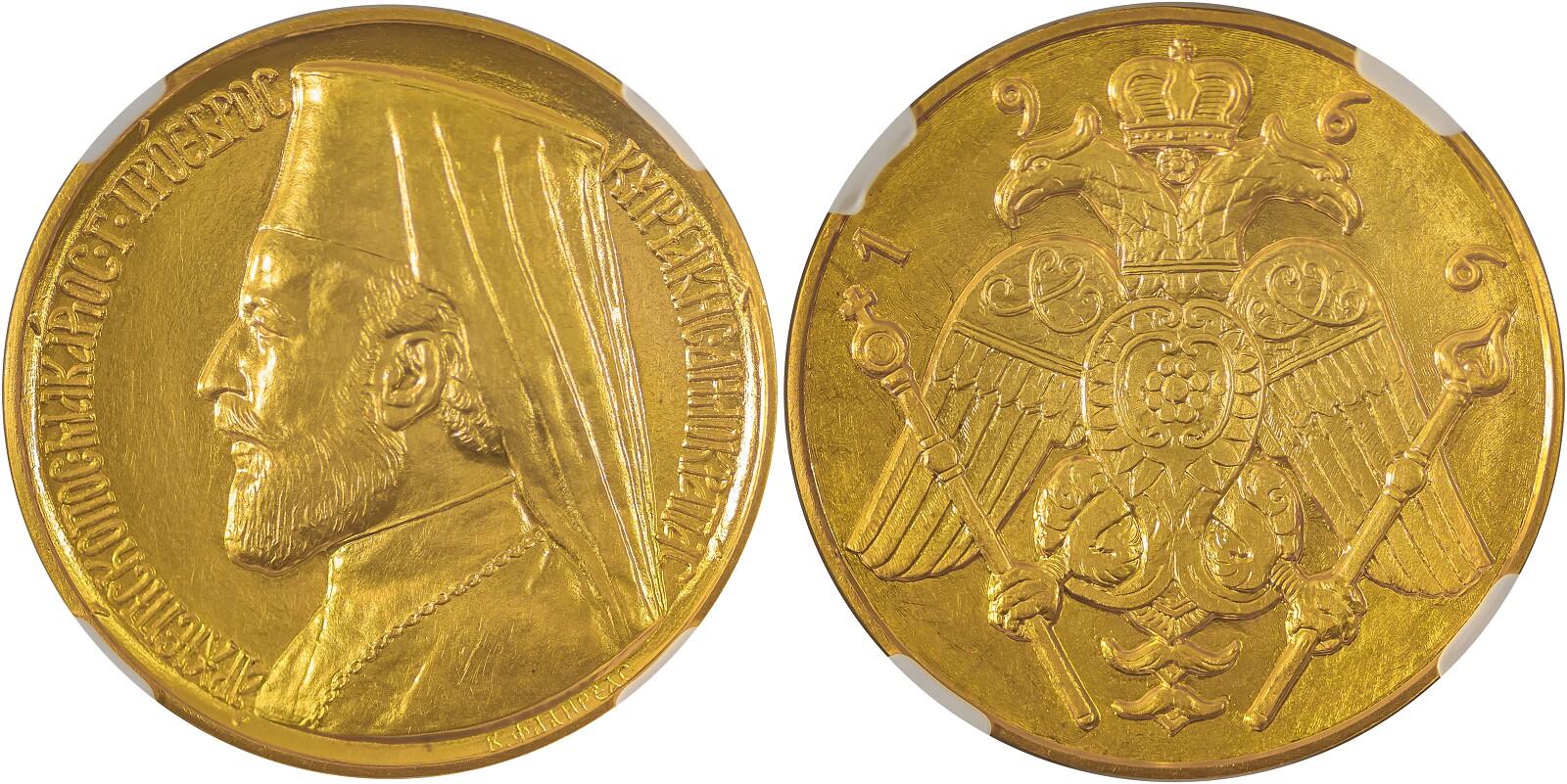 Following Makarios' accession to power and under British influence for decades, he desired to strike coins of similar design and standard. Following his commission to design and mint coins in London, he was disappointed by the result and instructed to cease production and reassign the project to Paris with a different design (as seen in the previous lots). The London examples were hallmarked and numbered and were given as gifts to dignitaries and important guests over many years.