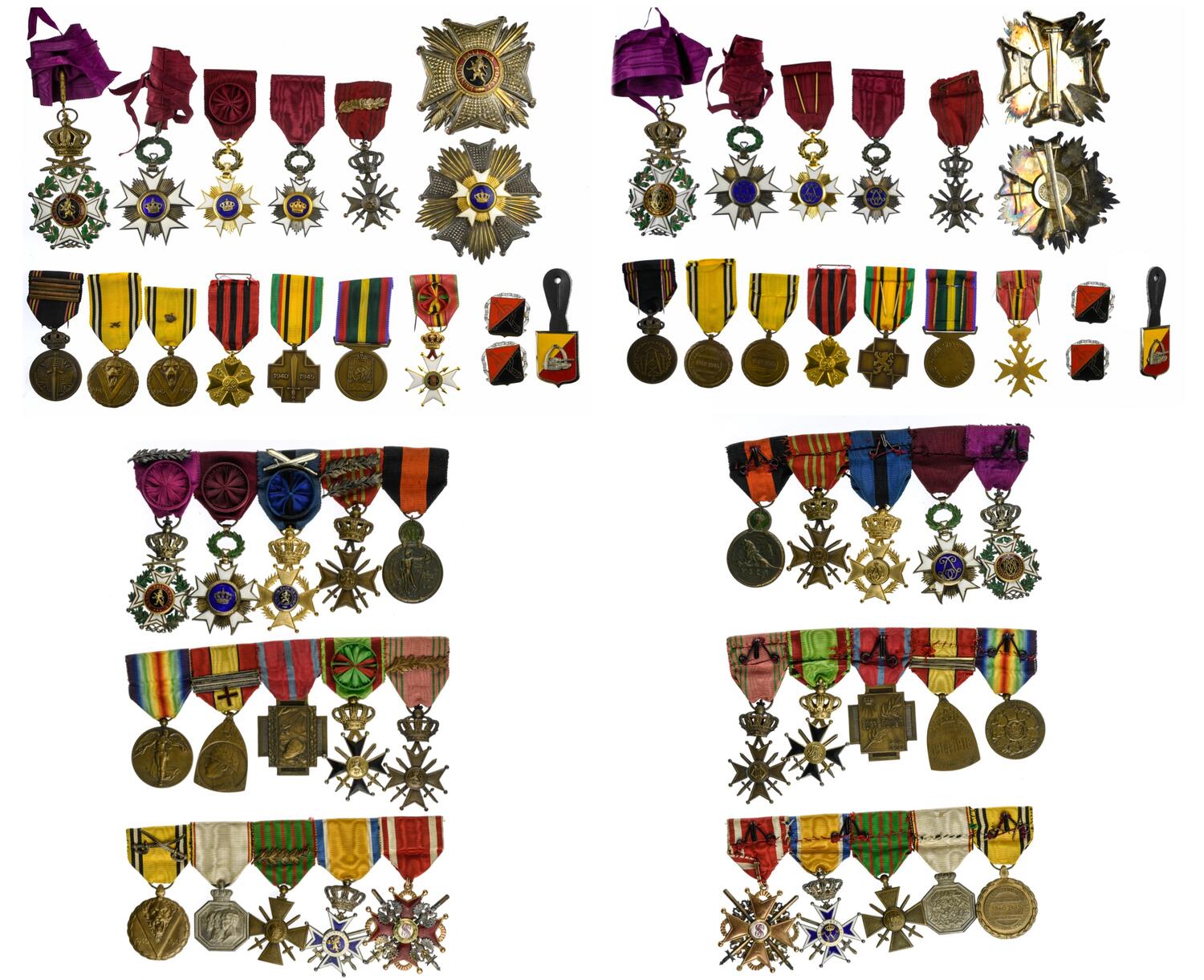 Including pairs of epaulette, buttons, pins, and other bits of uniform.
Some with loss and knocks to enamel, very fine to extremely fine. (lot)